Distinguished Teaching Professor Dr. Jack Stern to Retire After 42 Years of Teaching at the Stony Brook University School of Medicine 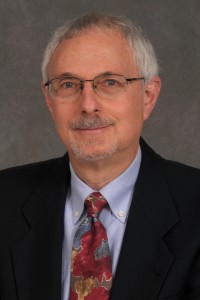 He guided Stony Brook’s Department of Anatomical Sciences to international preeminence, wrote two widely acclaimed textbooks on human anatomy and has been recognized an unprecedented 24 times by graduating classes of the School of Medicine for teaching excellence.

To say Distinguished Teaching Professor Jack Stern, PhD, has left an indelible mark on the University would be an understatement. When Dr. Stern retires in July after 42 years of teaching at Stony Brook, the University will lose one of its truly iconic figures.

Stony Brook students were first exposed to Dr. Stern’s towering intellect, talented teaching and transformative research in 1973 when he joined the emerging faculty in the Department of Anatomical Sciences. He quickly assumed the leadership of the gross anatomy teaching and research group in the fledgling Stony Brook University School of Medicine, and in 1990 became chair of the department, a position he held until 2006.

Under Dr. Stern’s stewardship, the gross anatomy group and the Department of Anatomical Sciences grew to 11 full-time faculty and additional teaching postdoctoral fellows. Dr. Stern’s leadership, however, extended far beyond the department — he was a core member of a small group of influential faculty who helped chart the course of the School of Medicine for decades.

Over the years, Dr. Stern set the standard for the widely respected course offerings in medical, dental and allied health gross anatomy. He oversaw the development and implementation of graduate courses in embryology, animal mechanics, functional morphology, human evolution, vertebrate morphology and surgical anatomy among others.

His teaching inspired students in the health sciences and he set the pedagogical standard in human anatomy for faculty colleagues with whom he taught, achieving this in part, by authoring two textbooks on human anatomy that were translated into at least four languages and are still used at Stony Brook and other schools.

Dr. Stern also served as a role model for PhD students and postdoctoral fellows, many of whom now teach and conduct research in prestigious anatomy programs around the world. In 1999, he received the President’s and the Chancellor’s Awards for Excellence in Teaching, and in 2001, he became the first faculty member in the School of Medicine to be promoted to the rank of Distinguished Teaching Professor.

Dr. Stern was in the first cohort that received the medical school’s Aesculapius Award for excellence in teaching and he was the first basic scientist to be elected by Stony Brook medical students to membership in the Alpha Omega Alpha medical honor society.

Equally distinguished in his research career, Dr. Stern’s published work includes two monographs, two books and more than 60 peer-reviewed papers. Some of these works, co-authored with Stony Brook colleagues, dealt with the locomotion of the hominid Australopithecus afarensis, and gained widespread notoriety in the media. This research was identified as one of the University’s 17 research milestones during the period from 1967 to 2004.

Dr. Stern has been PI or co-PI on more than $5 million in NSF-sponsored research grants. He developed and for two decades headed the Stony Brook Primate Gait Laboratory that has received 38 years of uninterrupted, extramural funding. The Primate Gait Laboratory for over 40 years has been the most important source for studies of human and non-human primate locomotion, including pioneering research utilizing telemetered electromyography to study positional behavior in unfettered subjects, human and non-human.

From his earliest days at the University of Chicago and over the course of his career, Dr. Stern has been a generous collaborator and an inspiring mentor and colleague to graduate students, postdoctoral fellows and faculty colleagues.