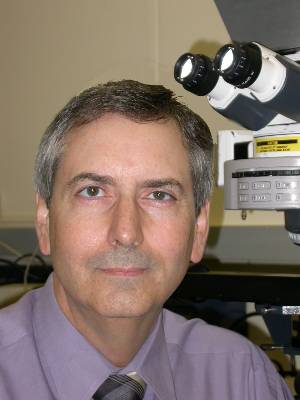 When Dr. David R. Rothbard ’74 attended Stony Brook University back in the 1970s, the current Department of Geosciences was known as the Department of Earth and Space Sciences (ESS). Dr. Rothbard received his BS with Honors in 1974. He went on to complete an AM in Geological Sciences at Harvard University and a PhD in Geology at the University of Missouri-Columbia. He is now a leading professional in materials analysis and problem solving, making impacts that go far beyond the Stony Brook community.

Although the courses Dr. Rothbard took in the ESS department were challenging, they were delivered in a way, he says, that made the concepts understandable and interesting.

As an undergraduate, he took advantage of opportunities to participate in research projects on meteorites and lunar samples under separate studies with Dr. Robert Dodd and Dr. Charles Prewitt. The ability to participate in research, develop a firm foundation of geological and mineralogical concepts, and regularly apply the scientific method, later allowed Dr. Rothbard to explore job opportunities in diverse fields. These opportunities included studies of bone mineralogy, petroleum and minerals R&D, support of paper production and paperboard packaging, and U.S. currency production.

After a year in an orthopedics research group at the Children’s Hospital in Boston, Dr. Rothbard began his career at BP America, working on oil production and minerals development at the organization’s U.S. and U.K. technical centers. He supported BP’s minerals, ceramics, oil and gas, and refineries businesses as a Microscopist and a Sedimentary Geochemist. Dr. Rothbard later joined The Institute of Paper Science and Technology, an independent graduate school that later became a graduate school of Georgia Tech, as Manager of Microscopy and Fiber Analysis. In 2003, he co-authored a chapter in Industrial Applications of Electron Microscopy titled, “Electron Microscopy for the Pulp and Paper Industry.”

Dr. Rothbard is currently a Chemical Microscopist at the Bureau of Engraving and Printing (BEP) within the U.S. Department of the Treasury. Since joining the BEP in 2002, Dr. Rothbard has used microscopy, image analysis, and spectral analysis to support U.S. paper currency production and development; this includes the characterization of raw materials, finished currency, production contaminants, and security features. At the BEP, he is part of a unique design and manufacturing facility that delivers high quality, durable, and secure Federal Reserve notes.  In producing and testing paper at the BEP, the physical and chemical properties are monitored before, during, and after the notes leave the press.

Today, Dr. Rothbard fondly recalls his time spent at Stony Brook University. In addition to Dr. Robert Dodd and Dr. Charles Prewitt, with whom he performed research studies in ESS, he also found museum curator and instructor Steven Englebright, now a NY State Assemblyman, to be especially supportive and a great mentor. He learned critical skills in microscopy and material characterization from Dr. Donald Lindsley, along with an understanding of subtle humor, he says. He also found Dr. James Papike to be a wonderful teacher and advisor.

“The ESS faculty and staff provided ample opportunities to engage with them and learn through interactions such as volunteering in archiving the rock and fossil collections, developing and maintaining exhibits, and assisting in leading field trips,” says Dr. Rothbard. “One summer I assisted in leading field trips for a class of high school teachers. Trips included beach sand studies and one to a trash burning facility in Brooklyn. We were welcomed by the NYC sanitation workers, one of whom asked, “Are you studying garbage?”

Dr. Rothbard was also active in the Geology Club, which he says was a wonderful social and educational opportunity that included faculty advisors who were very supportive. “I spent many enjoyable after-hours in the ESS building, in the library, in the laboratories and learning from graduate students who kept the lights burning.”

Dr. Rothbard has been married for more than 40 years, has three successful adult children, and one grandchild. He enjoys traveling with his family, playing the saxophone and amateur photography.