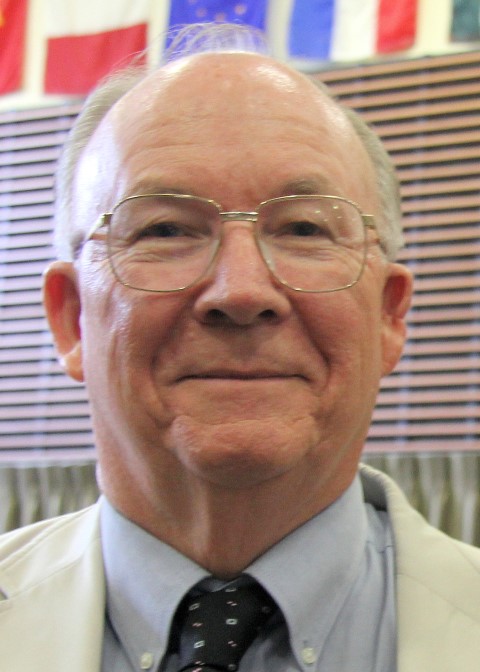 The 2019 Rohlf Medal for Excellence in Morphometric Methods and Applications will be presented to Dean C. Adams PhD ‘99 on Thursday, October 24, 2019 as part of the 2019 Provost’s Lecture Series, Charles B. Wang Center, Lecture Hall 2. The presentation will be followed by a reception in recognition of Jim Rolhf, celebrating his academic contributions to morphometrics and his philanthropic legacy to the Department of Anthropology for the future of the field.

In his presentation, “Morphometrics, Macroevolution, and An Effect Size Measure for Multivariate Data,” Dr. Adams will review some of the developments that underlie the mathematical merger of multivariate shape theory and phylogenetic comparative methods. He argues that the unification of geometric morphometrics with phylogenetic comparative methods provides a path forward to addressing many recalcitrant issues in the macroevolution of multivariate phenotypes and has revealed several unexpected patterns not appreciated from a univariate perspective alone. Dr. Adams’ work has also led to the emergence of an effect size measure for multivariate data, which has surprisingly broad applications across a wide range of research questions. He anticipates this new effect size measure will have wide utility in morphometrics, evolutionary biology and beyond.

Dr. Adams received his PhD from the Department of Ecology and Evolution. During his time at Stony Brook, Adams already evinced a dual commitment to the collection of empirical data and coming up with innovative methods of analysis. Fittingly, his dissertation had a twofold focus: developing new morphometric methods for shape analysis of articulated structures, and examining the evolution of character displacement in Plethodon salamanders.

“Landmark-based geometric morphometric methods provide the most rigorous means currently available of quantifying and characterizing the shapes of objects,” Dr. Adams said. “However, if those shapes contain sub-units that articulate with one another, say, the jaw and the skull, then the relative position of one sub-unit relative to another can complicate the quantification. Part of my doctoral work focused on developing new methods to account for this non-shape variation, so that meaningful shape comparisons could be completed. Curiously, years later I inverted the problem and used related methods to quantify the articulation motion path itself.”

The second focus of Dr. Adams’ dissertation related to the evolutionary response to inter-species competition. “Sometimes it is observed that when closely related species compete with one another, their anatomical characteristics evolve species-specific differences over time, which serve to minimize ecological overlap, and thus reduce competition,” Dr. Adams said. “That pattern is termed ‘character displacement.’ My empirical work documented such a pattern, using the geometric morphometric methods I developed, between two species of woodland salamanders.”

Dr. Adams’ commitment to advancing the field of morphometrics stemmed from early encounters with the complex forms of the natural world. “I have long been interested in biology, and understanding why there is such spectacular biodiversity grabbed my attention,” he said. “That soon led to an interest in anatomical (morphological) differences, but to understand such differences, one must first quantify them. That is where morphometrics comes in: the quantification (measurement) of morphological traits.”

As a Professor in the Department of Ecology, Evolution, and Organismal Biology at Iowa State University, Dr. Adams’ current work focuses on methods development for macroevolution of multivariate phenotypes. “Macroevolution is concerned with patterns of evolution above the species level (across the tree of life), and elucidating the ecological and historical processes that have generated this diversity,” Dr. Adams said. “There is a large body of analytical and statistical tools for evaluating hypotheses of trait evolution on phylogenies, but most of these are for univariate (single-value) traits. Shape from geometric morphometrics is highly multivariate, meaning each shape is characterized by many, interdependent variables. Thus, a mathematical merger of methods for shape analyses (geometric morphometrics), and phylogenetic comparative methods from evolution, is required to evaluate evolutionary trends in shape data. This has occupied much of my research focus.  And with my students, we evaluate empirical patterns in different groups using the newly developed methods (current studies are in salamanders, frogs, and geckos).”

Created in honor of F. James Rohlf, PhD, distinguished Professor Emeritus of the College of Arts and Sciences Department of Ecology and Evolution, the Rohlf Medal is presented every two years to distinguished members of the morphometrics community for their outstanding work on the development of new morphometric methods, or for their applications in the biomedical sciences.

“For me it is a tremendous honor to receive the Rohlf Medal,” Dr. Adams said. “When I was a student in Jim’s lab, he was a model for me of how one conducts science, and how one approaches particularly challenging problems. I learned much from him, and upon leaving Stony Brook, strived to model my way of conducting research in part on how I was influenced by Jim. It is humbling to receive an award that is in his name.”