Dawn Zier ’86: How a Stony Brook Grad Turned Around an Iconic Brand 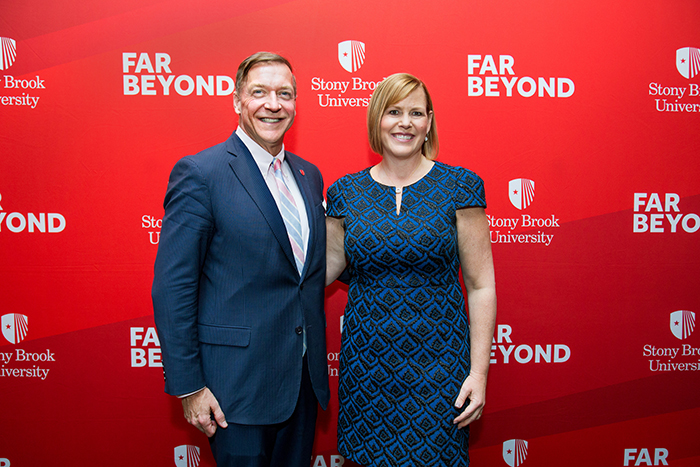 Dawn Zier ’86 had one thing on her mind when she became President and CEO of Nutrisystem in 2012: Fix it fast.

With stocks dropping from 70 to 7 after five straight years of declining revenues and profits, Zier came into the job knowing the company needed a culture change. She brought in new management, enhanced the company’s integrated ecommerce marketing capabilities and introduced new product lines. The result? Nutrisystem resurgence. From $205 million to a $1.5 billion market cap, the company has seen its stock value increase more than sixfold over the past four years. Now, Zier is ranked in the top 10 percent of all Nasdaq CEOs. 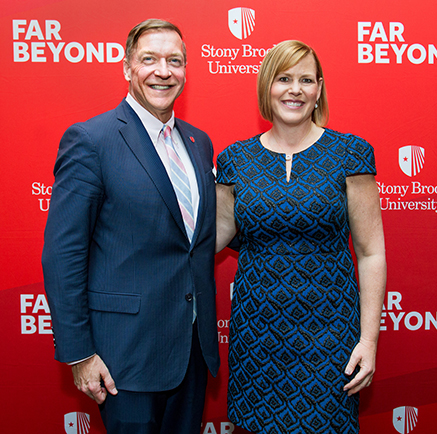 She sat down with Stony Brook University President Samuel L. Stanley Jr. at the SUNY Global Center in Manhattan in May to talk about and share her success with Stony Brook students and alumni.

“It gives me great satisfaction to introduce Dawn Zier to our many talented Stony Brook students and alumni tonight,” President Stanley said to a crowd of more than 80 attendees, including some of Zier’s former classmates, who she remains friends with today. “Truly, Dawn’s incredible background and career is a great example of the kind of success our students can and do achieve when they look beyond the horizon and aspire to global success.”

So, what’s Zier’s secret? “What prepared me the most was my education as an undergraduate to become an electrical engineer,” she said, a Port Jefferson native and a member of the first-ever class of students to receive a Stony Brook Presidential Scholarship. “I learned how to think at Stony Brook; to take complex problems and break them down into small components and then build them back up toward solutions. I use that background every day, even more so than my MBA. There’s Stony Brook in everything that I do.”

Zier’s background in engineering also taught her how to work and succeed in a male-oriented environment, a necessity for her current position. Today, women still represent less than 10 percent of all CEOs heading major publicly traded companies.

The first step to rising up in the workplace: “Be assertive and raise your hand,” Zier advised the young women in the room. “Because I can tell you, you won’t get asked.”

In addition to her membership on Nutrisystem’s Board of Directors, Zier serves on the Board of Directors for Spirit Airlines. Over the years, she’s also served on boards and chaired committees for multiple marketing and media entities, including the Data and Marketing Association’s (DMA) Board from 2008 to 2015. While at Nutrisystem, Zier served as co-chairperson of the American Diabetes Association’s (ADA) Philadelphia Step Out: Walk to Stop Diabetes, and is currently Chair of the American Heart Association’s 2017 Go Red for Women initiative in Philadelphia.

Watch the full Q&A below: