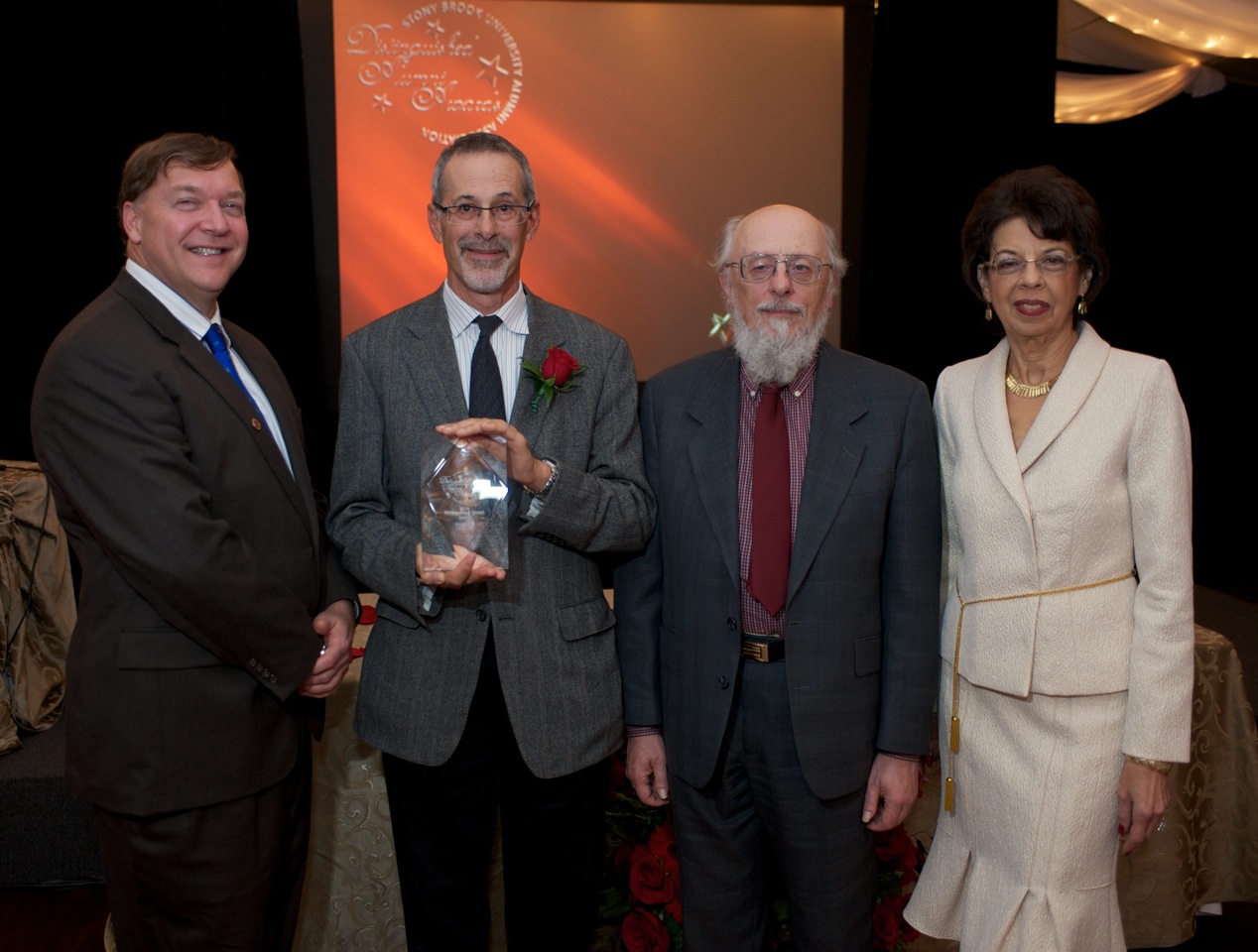 David Walt received a B.S. in chemistry from the University of Michigan and a Ph.D. in chemical biology from Stony Brook University. After leaving Stony Brook, he did postdoctoral work at MIT. Walt then became an assistant professor at Tufts in 1981, where he has risen through the ranks, including an eight-year stint as department chair.

He is now the Robinson Professor of Chemistry and Professor of Biomedical Engineering at Tufts University and is a Howard Hughes Medical Institute Professor. Walt’s laboratory is renowned for its pioneering work that applies micro- and nano-technology to urgent biological problems, such as the analysis of genetic variation and the behavior of single cells, single molecule detection, as well as the practical application of arrays to the detection of explosives, chemical and biological warfare agents, and food and waterborne pathogens. He has published more than 250 scientific papers and holds more than 60 patents.

Walt is the scientific founder and a director of Illumina Inc., a San Diego based public company that is the leader in genetic analysis, with more than 2,000 employees. He is also the scientific founder and a director of Quanterix Corporation, based in Cambridge, Massachusetts, which is developing a next-generation diagnostic platform for early disease diagnosis, with particular emphasis on early detection of cancers and neurological diseases such as Alzheimer’s.

Walt has received numerous national and international awards and honors for his fundamental and applied work in the field of optical sensors and arrays, including the 2010 American Chemical Society National Award for Creative Invention, the Biosensors and Bioelectronics Award, the National Science Foundation Special Creativity Award, a 3M Research Creativity Award, and he was a professor invitee at Ecole Normale Superieure in Paris.

Walt runs a large research laboratory and teaches organic chemistry and biochemistry. He and his students are devoted to bringing the excitement of science to the public, and he has an active program with local schools in which Tufts students help integrate new science into the K-12 curriculum. He devotes significant amounts of his time to service on various government advisory boards, most notably the Defense Sciences Research Council. He is a member of the National Academy of Engineering, a fellow of the American Institute for Medical and Biological Engineering, and a fellow of the American Association for the Advancement of Science.

Walt has been married to Michele May for 31 years; they have two daughters, both of whom graduated from Tufts: Stephanie, a trained chef and restaurant manager, and Rachel, who works in biotechnology and health care public relations.