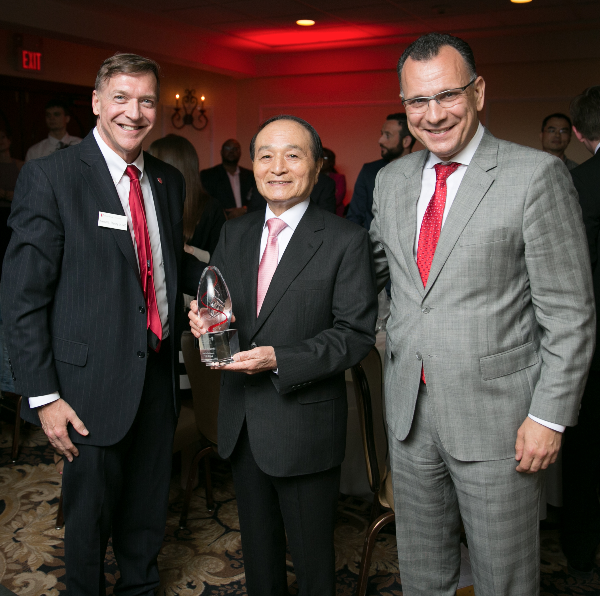 The Hall of Fame was established to recognize and honor alumni who have demonstrated exceptional success in their field, and serves as an inspiration to past and future innovators. Hall of Fame recipients are recognized for sustained and significant leadership in engineering, technology, entrepreneurship or innovation throughout their professional lives. Dr. Oh, a 1972 graduate with a PhD in electrical engineering, is the inaugural honoree and was inducted in a special ceremony at Stony Brook’s 15th Annual Engineering Ball on April 29, 2017.

Dr. Oh is credited for building the Stony Brook/Korea collaboration, first with CEWIT Korea modeled after Stony Brook’s Center for Excellence in Wireless and Information Technology. He was the inspiration behind SUNY Korea and guided it through years of approvals in the Korean Ministry of Education and the Stony Brook and SUNY systems.

Among his immeasurable achievements, Dr. Oh is best known for his pivotal role in the technological transformation of South Korea. Upon receiving his PhD, he returned to Korea and became a professor of electrical engineering at the Korea Military Academy. In 1980, he was selected to become the Presidential Secretary for Economic and Scientific Affairs. In 1981, he was appointed the youngest-ever Vice Minister of Communications and in 1987 rose to Minister of Communications. In 1989, he was a member of the Presidential Council on Science and Technology, and from 1989 until 1992, he was a member of the Presidential Committee on Education Policy. In 1989, he also became Chairman of the 1993 Daejon International Exposition Organizing Committee, responsible for Korea’s first “Expo.” From 1993 to 1994, he was the Minister of Transportation and the following year the Minister of Construction and Transportation.

In 1996, Dr. Oh became President and later Chairman of the Dong-A Ilbo, one of Korea’s most influential daily newspapers. In 2002, he was named President of Ajou University, until he was again called into public service as the Minister of Science and Technology with the additional responsibility of Deputy Prime Minister of South Korea from 2004 to 2006. In 2006, Dr. Oh returned to academia as the President of Konkuk University. Dr. Oh served as Chairman of Woongjin Energy Co., Ltd. from 2010 to 2012 and as Chairman of Dongbu Group (Manufacture & Service) from 2013 to 2014.

“Our Hall of Fame was established to serve as a tribute to graduates who bring distinction to the College and inspire our students through major achievements and contributions to their professions, the University, and society at large,” said Fotis Sotiropoulos, Dean of the College of Engineering and Applied Sciences at Stony Brook University. “By honoring their achievements we help build the narrative that future classes of CEAS students will inherit, be challenged by, and ultimately benchmark as a measure of their own success.” 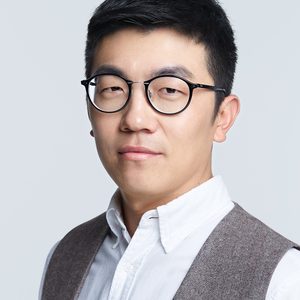