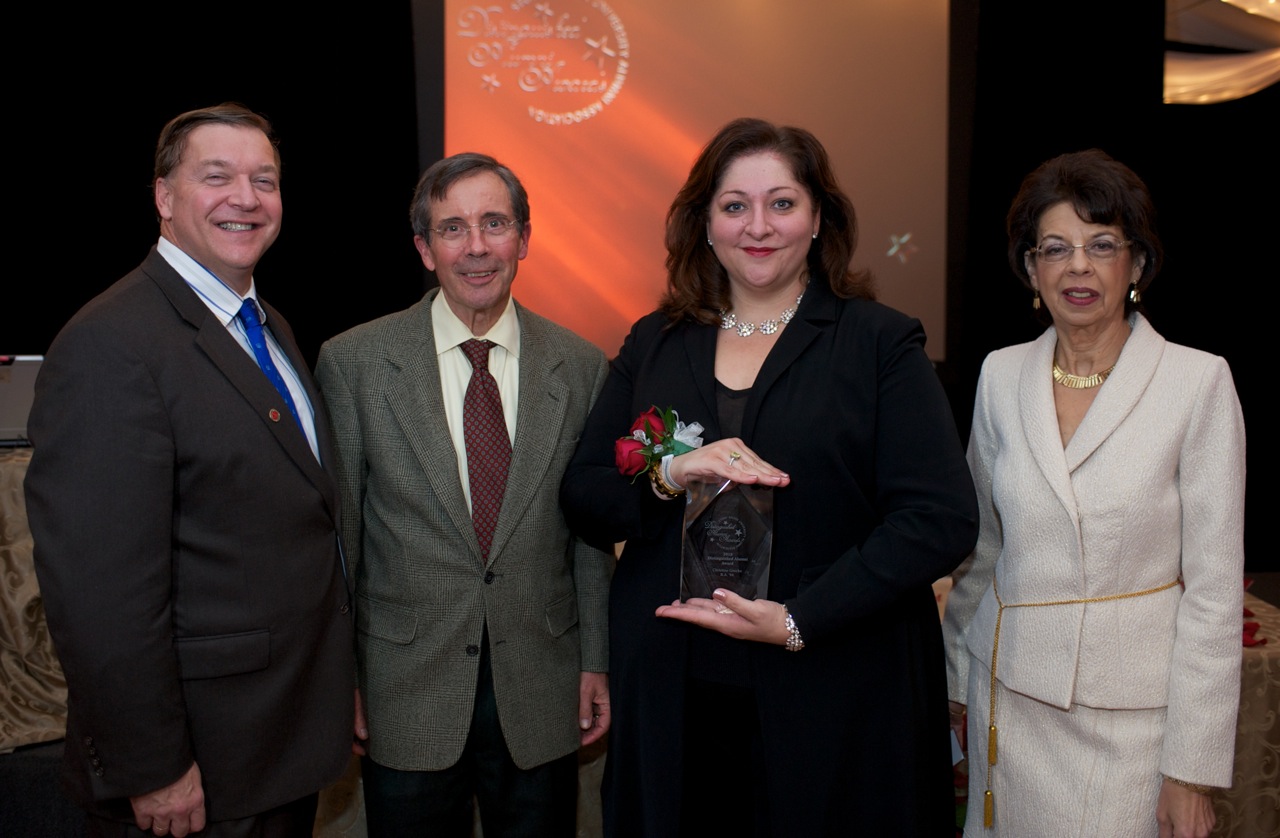 Christine Goerke grew up in Medford, New York. Following high school, she attended one semester at SUNY Fredonia as a music education major with a concentration in clarinet. During her time there, Goerke became increasingly interested in vocal music. In 1989, she entered the undergraduate music program at Stony Brook and graduated in 1994 with a B.A. in liberal arts, with a concentration in vocal performance.

She went on to become a member of the Metropolitan Opera’s Young Artist Program from 1994 to 1997 and joined the company’s roster in 1995 as a soloist.

As a soprano, Goerke has appeared in the major opera houses of the world, including the Metropolitan Opera, Washington National Opera, San Francisco Opera, Houston Grand Opera, and New York City Opera, as well as the Opera de Paris, Maggio Musicale Fiorentino, The Royal Opera at Covent Garden, and Teatro alla Scala.

She has sung much of the great soprano repertoire, beginning with the Mozart and Handel heroines, having now moved into singing the dramatic Strauss and Wagner roles.

Goerke has also appeared with a number of the leading orchestras, including the New York and Los Angeles Philharmonics; the Chicago, National, Boston, Seattle, and Atlanta Symphony Orchestras; the Orquestra Sinfonica de Madrid; and the Orchestra of the Age of Enlightenment.

She has collaborated with many of the finest conductors in the world, such as Maestros James Levine, Christoph Eschenbach, James Conlon, Seiji Ozawa, and the late Robert Shaw.

Goerke’s recording of Vaughan Williams’ A Sea Symphony with Robert Spano and the Atlanta Symphony Orchestra won the 2003 Grammy Award for Best Classical Recording and Best Choral Performance. Her recording of Britten’s War Requiem won the 1999 Grammy Award for Best Choral Performance. In addition, she is also the recipient of the prestigious 2001 Richard Tucker Award.

Goerke recently made her debut with Opera Boston in October as Lenore in Beethoven’s Fidelio. Her future engagements include a return to the Houston Grand Opera for the title role in Ariadne auf Naxos this spring and her first Elektra in Strauss’ Elektra next fall.

While at Stony Brook, Goerke studied voice with the internationally acclaimed mezzo soprano Elaine Bonazzi who provided her with the vocal foundation and musicianship to begin her career.

She feels honored and lucky to have been able to work with Bonazzi and others  at the University, such as Sarah Fuller, David Lawton, Timothy Mount, Dan Weymouth, and Peter Winkler. Without them, she wouldn’t have had the support and education needed to succeed as a professional musician.

Goerke is married to James Holloway and they have two young daughters. Maggie Rose is three and Charlotte Emma is 18 months.