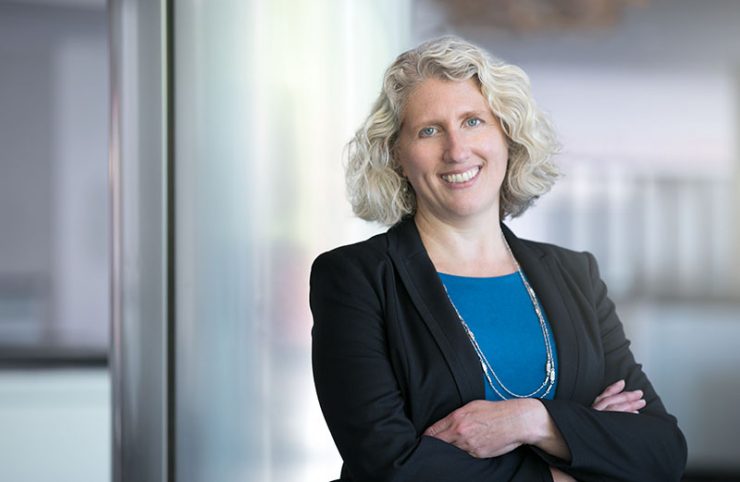 Chemistry Professor Nicole Sampson took over as Interim Dean of the College of Arts and Sciences (CAS) on July 16.

In addition to teaching classes and attending to her new duties as dean, Sampson is also the co-director of the Chemical Biology Training Program and a founding member of the Institute of Chemical Biology & Drug Discovery (ICB&DD). She chaired the Department of Chemistry for five years, between 2012 and 2017.

“Nicole Sampson is an exceptional scientist, teacher, and academic leader at Stony Brook,” Provost Michael Bernstein’s office wrote in an email. “A greatly admired member of our campus community, she will be an outstanding Interim Dean of the College of Arts and Sciences.”

Sampson’s position was previously held by Sacha Kopp, who stepped down on July 1. The former dean’s departure came in the wake of a year marked by program and personnel cuts. Facing a $35 million deficit, the university cut several faculty members in the program in writing and rhetoric, various foreign language programs, the undergraduate major in pharmacology and the speech and language pathology program.

“While there has been much debate about the decisions made by the previous dean and the impact that they are having, it is clear that this discord created a tense environment that was not conducive to productive change,” Jarrod French, an assistant chemistry professor, said. “I think that this fresh start will allow the College to put some of the unpleasantness behind us and use this as an opportunity for positive growth.”

Associate Chemistry Professor Elizabeth Boon said she believes Sampson’s past experience as department chair will help her to navigate this difficult period for the university.

“[When Sampson was chair] it was a time of extreme budget cuts and I feel like the department did really well under her leadership, probably better than anyone expected, given the conditions,” Boon said.

Sampson has already introduced a new leadership team in the dean’s office, and said she was “very excited about the fresh ideas they are bringing to our operation.”

“My hope now is to bring new insights into the College that will guide us as we work to elevate its visibility,” Sampson wrote in an email. “I look forward to taking the leading role in supporting and promoting educator and researcher excellence and advancing discovery and innovation.”

View original article on The Statesman.