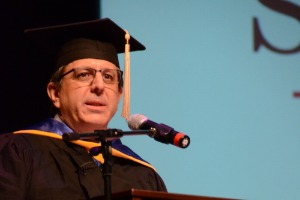 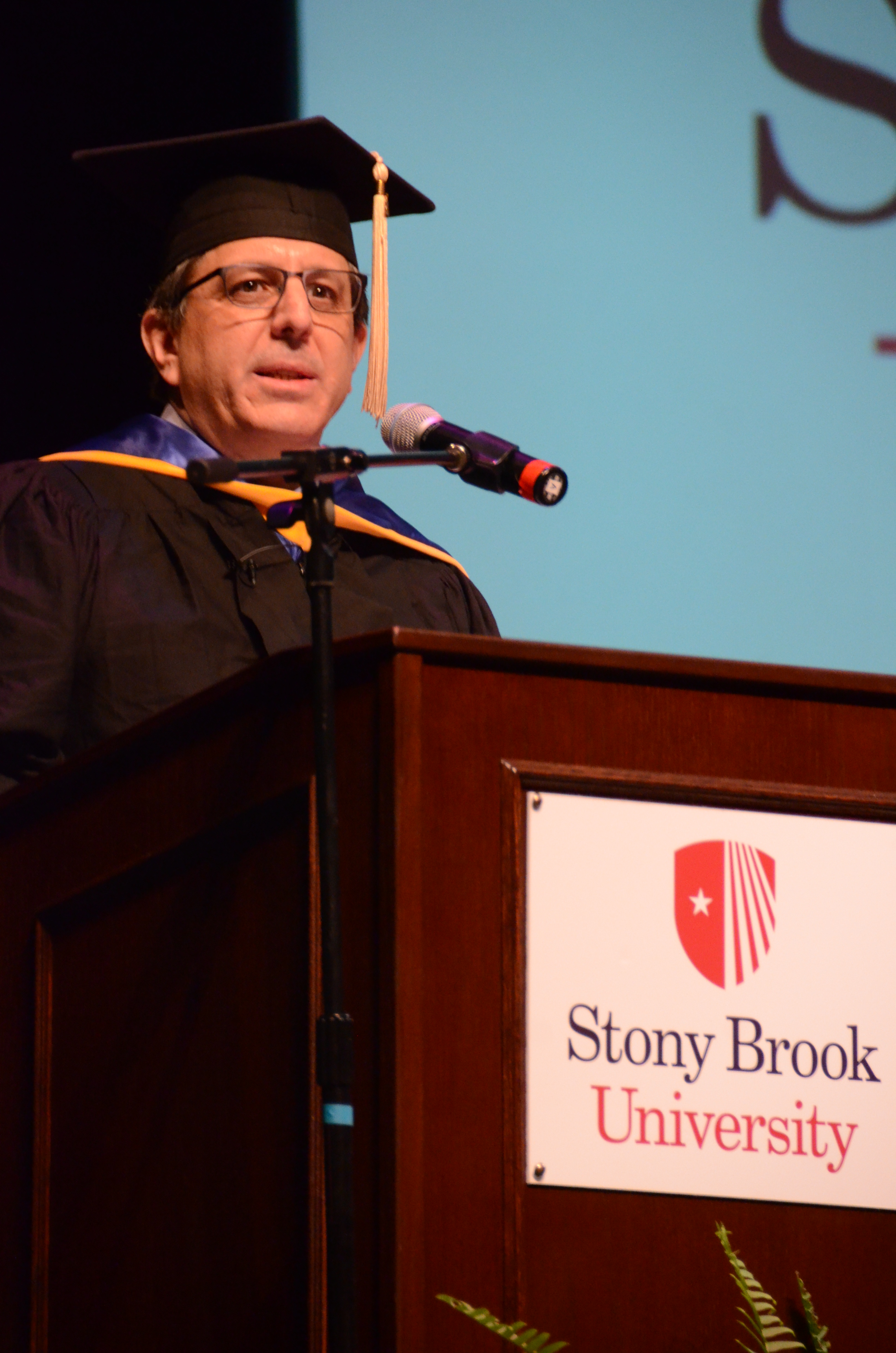 Monticciolo’s deep-rooted partnership with the University began as an undergraduate Computer Science major in 1981. Recognizing the changing state of the industry, he asked Stony Brook to support him in pursuing an unconventional course of study, including subjects ranging from Applied Math to Metaphysics and Philosophy. “They let me break the rules,” he said, “and it worked.”

In just three years, Monticciolo graduated with a dual degree in Computer Science and Applied Mathematics and was the first student to apply for the Masters of Engineering Science in Applied Mathematics program. “I did all of this here at Stony Brook because no one said I couldn’t,” he said, “In fact, I was encouraged to go beyond, far beyond actually.” He did just that.

Monticciolo began his professional career at Goldman Sachs in 1985 as a fellowship recipient in Fischer Black’s quantitative strategies group and later rose to vice president. Early in his career, he faced a real-life math problem that was dead center in the area he had studied – the algorithm of defeasance. Doug’s mission was to optimally defease municipal bonds using traded treasury securities – a task that a custom built super computer could not even solve given the necessary time constraints. “No one at Goldman Sachs, Columbia University, nor anyone on Wall Street could solve this problem. This was not just any problem – hundreds of millions of dollars weighed on each transaction,” he said, “I knew that if I could solve this problem, it would change everything for me.”

As Monticciolo began his quest to find the solution, he quickly realized that this problem was much more complex than he anticipated. He elicited the help of two Stony Brook professors, Professors Ellis Johnson and Peter Jenson. Together, in just a few weeks, they solved what others thought to be unsolvable, jumpstarting Monticciolo’s career as a lead strategist in the finance industry. “That moment was the defining moment of my career,” said Monticciolo.” It may have actually been the defining moment of my life.”

As founder, chief executive officer, and chief investment officer of Brevet Capital Management, a financial firm headquartered in New York City, Monticciolo also serves as an active member of Stony Brook’s College of Business Advisory Board, Hope for New York, and the Young Presidents’ Organization. Incredibly, in his spare time, he builds high-powered rockets from scratch to launch with his two sons.

This year, Brevet provided generous support in the form of a donation to the College of Business Investment Club, attracting students from all disciplines who are interested in finance and the opportunity to apply their skills and education to real-world research, portfolio management, and other important investment initiatives. He has even gone one step further, mentoring Club members and inviting them to work with his team at Brevet on real-world math problems in the finance industry.

Working with the Brevet team has given students a job hunting edge in a competitive field. William Recktenwald ’17, President of the Investment Club explains, “When you say ‘I was in the Investment Club’, employers ask, ‘What did you do?’ It’s a make or break moment. I was able to give BP a tangible example of a project I worked on for Brevet during my interview with them, and it helped me land the job.”

Monticciolo wants Stony Brook’s College of Business students to be the most sought after recruits in the finance industry. With systems driven by artificial intelligence proliferating the industry, employers are replacing high-earning traders with financial software engineers and increasingly seeking applicants whose deep knowledge of business are complemented by high-level math, computer science, and engineering skills. Monticciolo does not see this as a threat, but as an opportunity for Stony Brook, an institutional powerhouse renowned for its programs in STEM located just a short commute away from the largest financial center in the world.

He has been instrumental in guiding the curriculum as a member of the College of Business Dean’s Advisory Board, ensuring the skills and knowledge taught are valuable, timely, and give Stony Brook students a competitive advantage with employers.

“His active involvement has been invaluable in shaping, innovating, and growing the College,” Manuel London, Dean of the College of Business, remarked. “From offering real-world learning projects and internships to our students to funding club activities and financial databases for faculty and student research, Doug has gone far beyond to ensure the continued success and expansion of Stony Brook’s College of Business.”

Dexter A. Bailey Jr., Senior Vice President for University Advancement, recognizes Monticciolo as an inspiration for alumni to become more engaged with their alma mater. “Through the gift of his time and resources, Mr. Monticciolo is not only advancing the value of a Stony Brook degree, he is also helping our students gain tangible skills and confidence as they enter the workforce.”

The embodiment of a proud Stony Brook alum, Monticciolo believes that all Stony Brook alumni share one common trait: “their drive, that willingness to take charge of our own destiny.” He shares his story as an example of how Stony Brook serves as a lifetime resource for all of its students and alumni.

In his final remarks to the graduating class of 2017, he offered his strongest advice: “Never lose touch with Stony Brook. It’s an incredible place with a tremendous source of knowledge and resources.”

Through his gift, Doug Monticciolo joins thousands of others in helping Stony Brook University complete its $600 million fundraising goal by June 30, 2018 through The Campaign For Stony Brook, the largest in SUNY history. To date, more than 43,054 people have given over $544.9 million in support of Stony Brook students, faculty, and patients. What drives your passion? Give today.