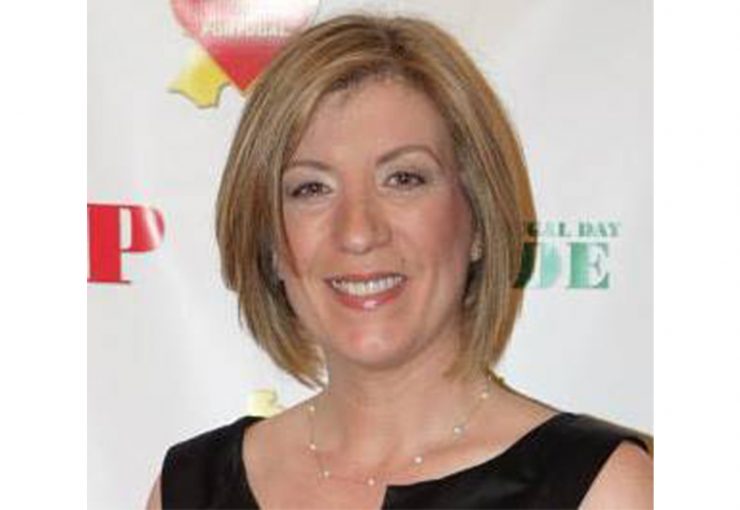 Benvinda Santos ‘97 is not your typical engineer.

With degrees in both engineering and business, Benvinda has built her career on the integration of the two – and she understands better than anyone the importance of human interaction in daily work. As Plant Manager for Nature’s Bounty Co. (MET-RX, Pure Protein, Sundown Naturals etc.), Benvinda starts every day by checking in on each and every one of her employees. It’s all about getting to know the people you work with, she says, and while it can be easy to get lost in the job, work-life balance is essential.

As a women in STEM, Benvinda understands the importance of setting goals and working hard – and now she’s passing on her wisdom. Recently, she invited four Stony Brook students to the Nature’s Bounty Co. facility to show them a day in the life of a plant manager – and the results were rewarding. It’s all about that “Aha moment,” Santos says.

You moved here from Portugal when you were a high school student. How has this impacted your journey?

It was a tough time. I was 15 at the time and at that age you tend to have most of your friends and your relationships already established. Even to this day, I’m still very close to my friends from elementary and middle school in Portugal. It’s just harder to make new friends when you move at that age, so it definitely did have an impact on my journey. I really put my focus on school and working to achieve my goals without other distractions.

Your career path since graduation has included a mix of business and engineering. Can you tell us more about the way in which you’ve integrated the two?

When I started out, my focus was on engineering. A lot of engineers have the mentality that you can do it all yourself, that you’re a sole contributor. One thing that really turned my career around was my second employer, Estée Lauder. In order to become an engineer with them, you had to have 18 months assignment as a supervisor, which meant managing associates on the production floor. Once I became a supervisor, though, that interaction really stuck with me, I realized that I could make people’s jobs easier through human interaction and ultimately improving processes. This was really satisfying for me.  I had already received my MBA at this point, but being a supervisor really turned my career around. I eventually ended up becoming an engineer for Estée Lauder, but ultimately I missed the floor interactions. When I started at Nature’s Bounty Co., my manager realized this as well and really encouraged me to return to my passion and follow the path that lead me to becoming the Plant Manager.

Can you tell us more about how you found your current position at Nature’s Bounty Co.?

I ended up here by chance. It’s all about networking and the conversations you have with people. I was working at Estée Lauder and travelling into Pennsylvania, NYC and Melville. A lot of my time was spent commuting, I had two small children at the time, so I started to really resent my commute and all the driving. A friend of mine was working for another company in the city when she got a call from a headhunter about a job in Holbrook. She didn’t want to leave her job, but she knew I lived close to Holbrook, so she recommended me. It was really by chance that I found the job at Nature’s Bounty Co..

What does a typical day look like for you as Plant Manager?

I’m on 24/7 because my facility is on 24/7. I carry two phones with me all the time. I typically get in around 7-7:30 am every morning and the first thing I like to do is go onto the floor and spend an hour walking every part of my facility and talking to every associate to see how they’re doing. They know my children’s names and I know theirs. Sometimes this takes longer because conversations will start, but it’s really crucial to know and understand the individuals that work for you. It’s important for them to understand that they have a job to do, but there also has to be work-life balance.

After I walk the floor, I’ll go through my emails. Then, every day at 10 am we have a daily direction-setting meeting, where we talk about what happened in the last 24 hours and what we should do over the next 24 hours. After which I’ll go through emails again and handle any issues that might come up. At 3 pm we have a new shift that comes in, so then it start all over again. I leave anywhere from 5 pm to 8 pm every day, so there’s quite a range.

My job has really been working on shifting the culture, it is important to individuals to enjoy their work…yes we all need a paycheck but the amount of time we spend at work is sometimes more than at home, so it is important each and every one of my associates enjoy their time at Nature’s Bounty Co.. I like to consider myself a leader, not a boss – if they’re successful, I’m successful.

How about a typical day off?

I don’t think I’ve had a day off in a while. To be honest with you, my children are soccer fanatics – both of my children are in soccer leagues and I’m in a women’s league as well. So days off are spent at soccer fields, clinics or tournaments.  We enjoy playing board games to relax after a long day. My daughter loves Monopoly. Other than that a typical Saturday is spent around house work so as to prepare for the next week.

In addition to your position at Nature’s Bounty Co., you do a fair amount of volunteering, serving as Director of the Portuguese American School and a Girl Scout leader, to name a few. How do you find the time to do it all?

It’s all about organizing your time – I use Outlook to schedule everything on my phone, without it I would be lost. Most of the volunteer work that I do, I do with my children or with them in mind.  I am the Secretary of NYPALC (New York Portuguese American Leadership Conference), an organization that brings over 65 different Portuguese organizations together all over NY State and helps foster and promote the Portuguese Culture. Both sides of my children’s families are from Portugal, so it’s important for them to have access to this culture. I also help out at their schools. It’s a way for me to be involved in what they’re doing.

As a woman in STEM, what piece of advice would you give to students following in your footsteps?

Know your goals, set your goals and strive to reach them. When you achieve one goal, make another. Continue to set that bar five, ten yards ahead. The day that you stop is the day you’re going to lose yourself. If you have a goal, you’re going to reach it and no one can tell you otherwise. Coming from Portugal at a young age, it was difficult, but I’ve always had a goal to reach and that’s how I’ve been able to succeed.  To every young student I always say the sky’s the limit, and I mean it, there is no one person or thing that can stop you if you have a goal to reach.