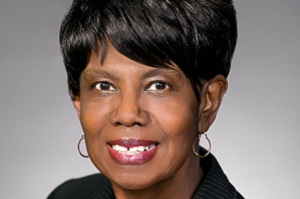 The ranks of black women leading colleges and universities in the U.S. are small, but growing. On October 27, 2017, Stony Brook alumna Barbara Gaba ‘69, PhD added her name to the list when she was sworn in as president of Atlantic Cape Community College in New Jersey, becoming both the first African-American and the first woman to lead the 50-year-old institution.

And, in less than three months, Dr. Gaba has already made significant moves to strengthen the college, bolstering partnerships with area high schools and creating new transfer agreements with four-year colleges and universities in the Garden State.

“My goal as president of Atlantic Cape Community College is to turn our challenges into opportunities for our students and our community,” she announced at her inauguration.

Dr. Gaba began her journey in higher education at Stony Brook, where she earned her BA in Sociology. After earning her PhD in Educational Psychology at Bayero University, she served as Dean of Academic and Student Services at Camden County College. Prior to joining Atlantic Cape Community College, she was Provost and Associate Vice President for Academic Affairs at Union County College.

But no matter how far Dr. Gaba’s higher education career took her, her experiences at Stony Brook have always stayed with her, she said.

“I loved my four years at Stony Brook!” said Gaba. “In fact my three roommates and I have kept in touch since I graduated in 1969 and they all came to my inauguration.”

How did your experience at Stony Brook influence you throughout your career?
I had a very positive experience at Stony Brook that has stayed with me all these years.   The faculty and all of the staff were remarkable. The professors I had were wonderful and I can truly say I enjoyed all of my classes (especially Anthropology).  That is why, in my role as president, I emphasize the important role that everyone at the college plays in the student’s life.  Long after the student graduates, they will remember how they were treated and how great the college community made them feel.

What is your proudest achievement?
Professionally my proudest achievement is becoming a college president.  When I graduated from Stony Brook, a college presidency was not a career goal for me.  In fact, I never gave it a thought.  My goal was to teach, which I did.  However, over the years my career evolved and I found myself in leadership positions that progressively led me to the presidency. I realize now that I was mentored along the way by several people who saw something in me that signaled that one day I would become a president. Over the years I have taken time to mentor several aspiring leaders because that is what others did for me to help me along my leadership journey.

Please describe a typical day in the office for you:
In my role as president I wear many hats: leader, innovator, facilitator, negotiator, manager, problem solver, colleague, friend, mentor, etc., so it is hard to say what a “typical” day at the office is like.  However, I can say that most days are filled with meetings either on campus; off campus in our local community; and at the state level; as well as my participation on national boards. In all that I do, my goal is to promote Atlantic Cape’s mission to create opportunity for students by providing access to excellent programs and services that successfully meet students’ educational goals.

…and a typical day off for you:
As a college president I don’t really have a day off; it is truly a 24/7 job, but I love what I do so it does not feel like work.  Evenings, weekends and holidays when many people are off, I could be at a college function or delivering a speech as a keynote speaker.  On the rare occasions when I do get a chance for down time, I prefer to just stay home with my husband, and we have our daughters, son-in-laws, and grandchildren (ages 6 and 8) over for a meal and family time.

What are two things people might be surprised to know about you?

People would be surprised to know that I met my husband on a blind date while we were in graduate school.  We got married four months after we met and have been happily married for 46 years!

Also I still keep in touch with my roommates from Stony Brook.  The four of us roomed together during our last two years and we have stayed in touch over the years.  In fact they all attended my inauguration and I acknowledged their presence during my address.  Next year we will be celebrating our 50th anniversary as Stony Brook roommates! We are already planning a special celebration.

What is the best piece of advice you’ve ever received about reaching for the top?
Know your strengths and weaknesses.  Once weaknesses are identified, make a conscious effort to turn that weakness into a strength. There will be many challenges along the way. Don’t be overtaken by the challenges: instead, view them as opportunities to make changes for the better.  Also important to get out of your comfort zone and expand your knowledge base.

A study led by SBU's Anat Biegon is the first to show a direct correlation between aromatase (an enzyme) availability in the amygdala and body mass index. 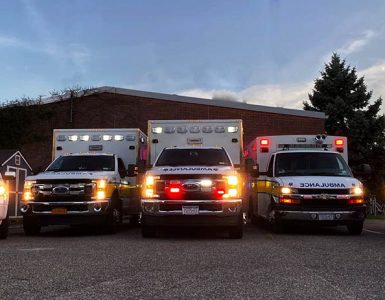 For the all-student Stony Brook Volunteer Ambulance Corps (SBVAC), it began with a Volkswagen bus and a Cadillac. In 1970, frustrated by long response times from local ambulance corps, Stony Brook University students...