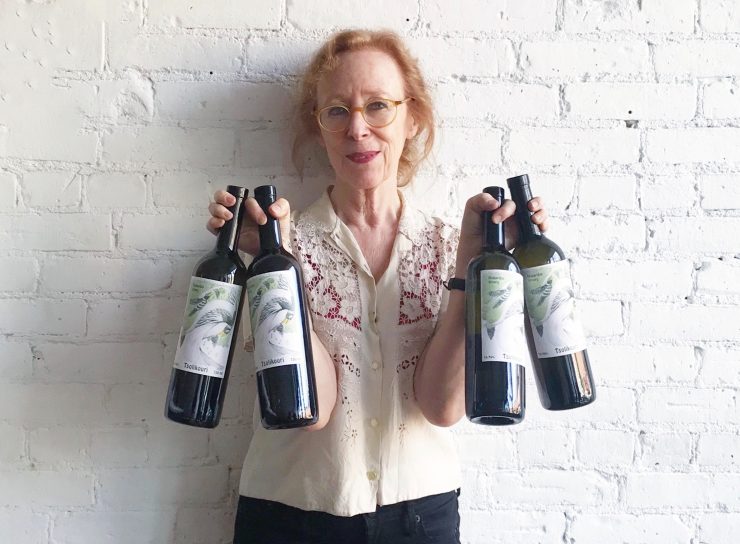 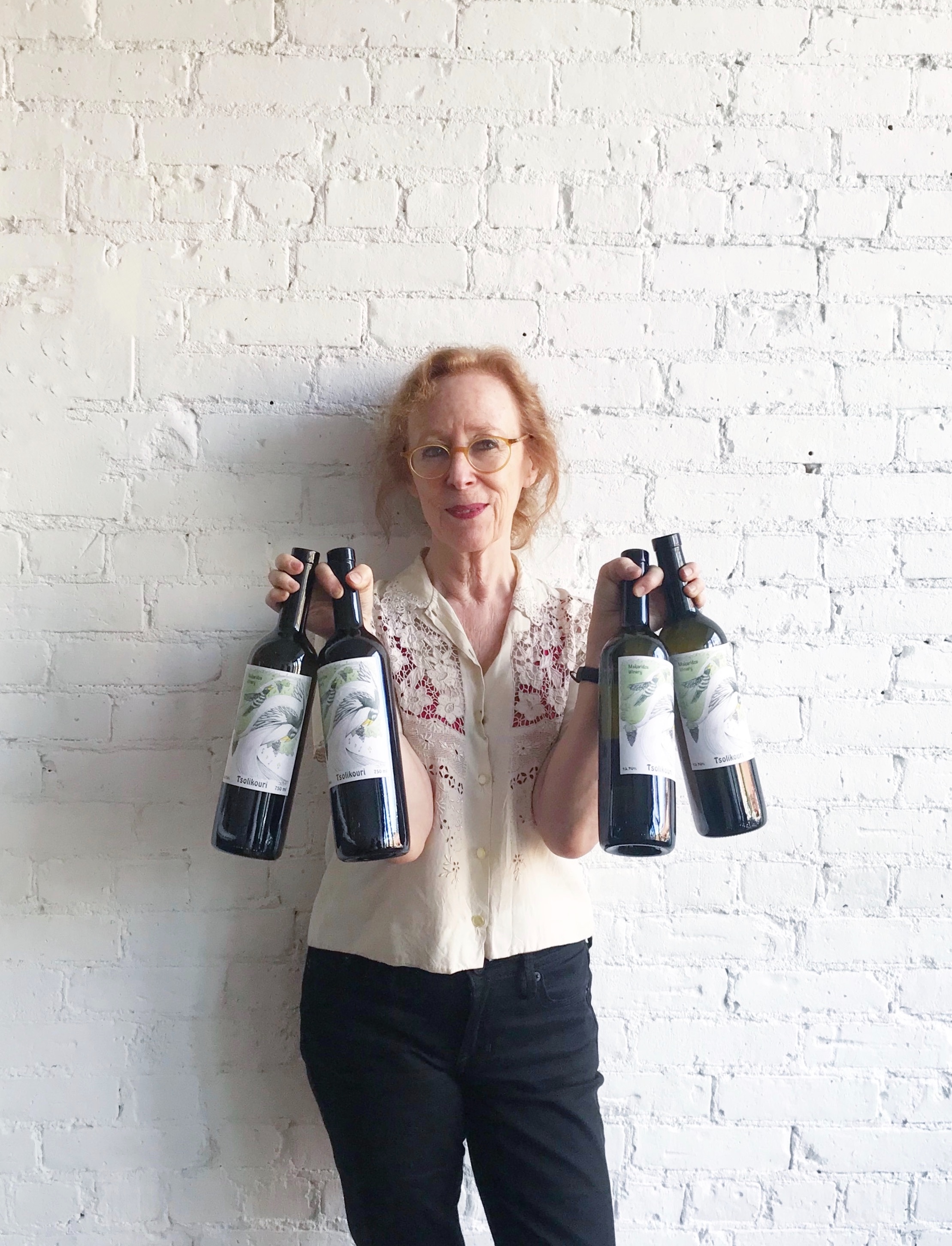 Alice Feiring ’76 intended to become a novelist – but life took her down a different path.

Already a professional writer, Feiring was concerned by the way that modern technological wine-making was beginning to eclipse traditional methods. Seeing this critical moment in the industry, she spoke up, and quickly, albeit accidentally, made her name as a wine writer.

A vocal proponent of “natural wine,” Feiring has become a voice of honesty for producers and wine drinkers alike. Today, in addition to her internationally-read newsletter, The Feiring Line, she is the author of seven books including, The Battle for Wine and Love, Naked Wine, The Dirty Guide to Wine and the most recent, Natural Wine for the People. And her hard work has not gone unrecognized. To date, she has received numerous awards, including the James Beard and Louis Roederer Wine Writing Awards.

Tell us more about your journey to becoming an award-winning wine writer.

It was a very roundabout one. Like many other writers and people pursuing creative careers, my early longings of becoming a writer were at times discouraged. So, eventually I stopped writing completely. It wasn’t until I was already in Boston, working on my master’s thesis in dance/movement therapy that I realized my mistake. I started writing again, and I just couldn’t stop. There seemed to be no alternative than to pack up my apartment, return to New York City and say, “Hi, my name is Alice, and I’m a writer.” The transition was very tough, especially with no connections and no one to open doors. I dropped out of a CUNY MFA program and shifted my focus to food, wine, and design journalism. I had informally studied wine since 1980 but had no notion of becoming a full-time wine writer, nor could I have imagined that I could impact the industry just by writing loudly. The change came when 2000 rolled around, and I realized what a crucial moment the wine world was in. We were losing traditional wines in favor of modern, technological ones. Where people thought they were getting a wine made with only grapes they were actually getting a lot of fillers and additives. I wrote about it prominently in The New York Times, and that was it. My reputation was made as a wine industry whistleblower. I was apparently blackballed by publications who were fearful of losing advertising. With work drying up, I started to blog in 2004, I developed that platform and out of those scribblings came my first two books.

So, how did you make the transition from blogging to writing a book?

In the early blogging days, people actually showed up if you were knowledgeable and had something to say. Now that I had an audience, a book was the next likely step. I wrote a proposal and went out to hunt for an agent. I remember sitting in one office as this agent lectured me, “This isn’t the book you want to write,” she said. Instead of being crushed under her judgment, as I may have been by others in the past, I pushed back and said, “I very much want to write this book, but I suppose I did a lousy job convincing you.” I quickly banged out a new proposal, in first-person, from my own passion. I spun it like a memoir. I took another agent, but I am forever grateful for that initial rejection. That woman’s criticism pushed me to own my voice. “The Battle For Wine and Love or How I Saved the World From Parkerization,” was published in 2008.

You mentioned you were categorized early on as a wine writer, but if you could write about anything else, what would you choose?

I would have been a novelist and a playwright — and it’s still possible, though unlikely. I’m currently struggling with a novel that’s been on my desk for 12 years.

Was there someone at Stony Brook that inspired you?

I had a beloved poetry professor named Kofi Awoonor. It was my first year at Stony Brook in 1973. I was terribly insecure and felt at a tremendous disadvantage coming from a Yeshiva background. He was very kind, encouraging, and believed in me at a time when I needed it. I always regretted that I never stayed in touch with him. Tragically, he was recently killed in a bombing in Kenya.

As a writer, what does a typical day at work look like for you?

A typical day is hauling myself out of bed early and getting in two hours of writing before the day starts. I like to get in about six or seven hours of uninterrupted writing time a day, but that seems to be more and more unattainable. But no matter what that writing looks like, I have to do a minimum of 1,000 good words a day. It’s amazing if you just get those down, it doesn’t take that long to write a book. I try to work late, and sometimes going out to dinner might be the first time I go out that day. But exercising is also essential because sitting and writing all day is really hard on your body.

How about a typical day off?

I’m a typical workaholic who has a very hard time with days off. I feel like I’m always stressed about deadlines, real ones, or my own. But the best days off are when I tack on a day or two on the road, in another country. It’s there I don’t feel the guilt of having to get back to a computer and can actually have lunch and go to museums. However, when not traveling and I feel I must absolutely take time off, I spend the day going to the greenmarket, cooking, choosing wines to share and have a dinner party. In the middle of the pandemic, this is the activity I most sorely miss, filling my table with friends and eating and drinking together.

I’m a firm believer in what I didn’t do, get an MFA or a journalism degree. The discipline that you learn and the contacts you make are essential. Who you know gets you in the door. How good you are helps you stay. Also, I think being fluid in another language gives you access to things that you cannot possibly imagine.

What do you do if you have writer’s block?

Writer’s block, my good friend! One trick is to switch genres. Or, if I can’t find the start of a story, I just start in the middle instead of the beginning. Sometimes, I’ll look through other things I’ve written, and I steal my best work from there. I think that’s a good trick that a lot of people use. If not, they should. Another thing that I do is a fierce series of jumping jacks or running five blocks; getting adrenaline up is essential to getting the words moving again.

All work aside, what’s your go-to bottle of wine?

A go-to bottle has got to be affordable, honest, and delicious. I prefer wines that are savory and racy, rather than fruity. I find so much variety at in the Loire Valley so that’s usually my sweet spot. For white wine, I look to a Muscadet from an organic and a natural producer. The price is right, and the complexity is high. Look for Domaine de la Pépière or Jo Landron. For reds, I’m super-fond of the neighboring regions of Bourgueil or Chinon, home to Cabernet Franc. I do love Domaine Guion (Bourgueil) Domaine Bernard Baudry (Chinon). The wines are earthy and very food-friendly. The Loire is also a thriving spot for sparkling wines, especially those referred to as Pet’Nat. If you can find Les Capriades, you’ll thank me.

With seven books already published, what’s next for you?

I’m still trying to grow and develop my newsletter so that’s continuing on. And it just might be time for another memoir. In fact, one is in the works.

For more information on Alice Feiring and a full list of her publications, please visit thefeiringline.com.