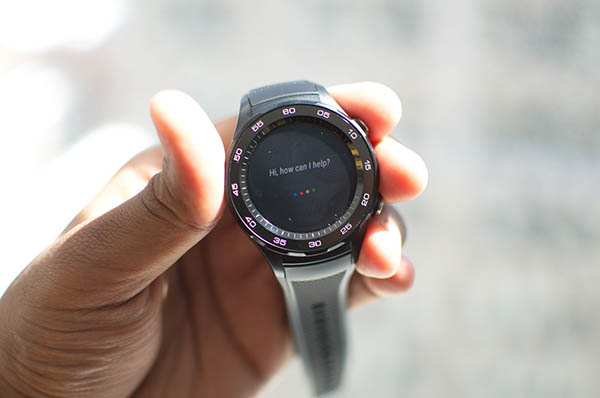 How smart is your watch?

An award-winning paper co-authored by Department of Computer Science assistant professor Xiaojun Bi outlines a method for text entry that could make “smartwatches” as useful as smartphones.

Bi’s research, which won a prestigious award at this year’s ACM CHI Conference on Human Factors in Computing Systems (ACM CHI), outlined the design, decoding algorithm and implementaion for COMPASS, a rotational keyboard that will be used to enter text into smartwatches without the need for touchscreens.

According to the researchers, COMPASS is a text entry method that is based in the bezel of the watch, allowing the user to rotate three cursors that will enable them to select which letter they want to type. After selecting their letter, the locations of the cursors are then dynamically optimized to reduce the distance of the next rotation.

This is similar to the predictive typing that most users would be familiar with on their smartphones, but finally allows a comparable method to be applied to smartwatches for the first time.

ACM CHI is the premier international conference of Human-Computer Interaction. Bi’s paper was co-authored by researchers from Tsinghua University (Beijing), the Key Laboratory of Pervasive Computing, and the Tsinghua National Laboratory for Information Science and Technology. When submitted to the field’s flagship conference, Bi’s paper, COMPASS: Rotational Keyboard on Non-Touch Smartwatches, was awarded the CHI 2017 Honorable Mention Award, which is given to the top 5% of papers.

Entering text on smartwatches is currently quite difficult, especially on those without a virtual keyboard. The researches evaluated the performance of COMPASS with a series of user studies, which revealed that with 90 minutes of practice, users increased their typing speed from 10 wpm (words per minute) to 12.5 wpm.

According to the research, an advantage of the circular layout is that different from conventional QWERTY keyboards T9 keyboards (the keyboard on the Samsung Gear S2 smartwatch), is that it allows the remaining screen area to be in a round shape. Therefore, the screen contents can be scaled to fit in the inner area without changing the look-and-feel.

Xiaojun Bi’s research lies in the general area of Human Computer Interaction, with a primary focus on building interactive systems, designing interaction techniques, and studying fundamental issues of user interface design on mobile devices. He joined the CS department, which is part of the College of Engineering and Applied Sciences, in 2017 as an assistant professor.