How to spot poor management and understand its supporting, perpetuating cultures. A checklist of warning signs for the wary as observed at one man’s real life clients…

Healthy job seekers beware! Poorly-run corporations make their presence known through easily recognizable symptoms. In this essay, I present the etiology of ineffectual company management; in a follow-on piece, I will prescribe some simple home remedies. Hopefully, this knowledge will empower those new to the white-collar workforce to be agents of change. New workers do not have to sit powerless against the abject silliness and non-common-sensical goings-on at most corporations. There is hope.

As a Stony Brook alum (1987) and long-time independent Management Advisor and consultant, I was asked to write a series of blog-essays giving career development advice to new graduates.

I thought it best to write a warning.

Corporate bungling is rampant, especially in management. There are many things to be managed in a large business, and they all falter where basic management skills are lacking.

My core observation – having directly helped over 70 firms and indirectly advised literally hundreds – is that there is simply a lack of discipline.

And running like a bright vein of fool’s gold through all of these sources is a lack of common sense.

I expand on and discuss these items in the following section:

Those noticeable within a normal work week:

Those that may take time to see:

Exposition on the Signs of Poor Management

2. Consultant Dependency
This sign indicates that management is not, on its own, producing good ideas. At many large companies, there is a tendency to forego an important decision until a consulting firm says it is OK. The approach is not completely wrongheaded; consultants can supply valuable insight where expertise is lacking. At some point, though a firm needs to recognize its own strengths and back its people when they make decisions that they should be counted on to make.

3. PowerPoint Heck
In recent years, operational and organizational management have changed so that, in many instances, they communicate solely in slide-speak. The displacement of more suitable forms of documentation and communication by PowerPoint is a sign of dependence and inefficiency.

Those Noticeable Within a Normal Work Week:

1. Reliance (Even a Little Bit!) On Instant Messaging and Texting.
This is a sign that communications have “backed up”; as mountains of unread emails accumulate, the need for attention-getting moves toward instant messaging. This replaces the managed, directed, purposeful and productive communications of email with tools marketed mostly to teenagers. To rely on texting or IM is to rely on happenstance – what if the recipient is not available at the time of the message?

2. New directions every day/week/hour
This is a clear sign that there is no proper planning. ‘What happened to yesterday’s direction? Is it on maternity leave?’ is an appropriate, common sense response (though perhaps should not be spoken aloud; leave it to me to express this).

3. Requiring face-to-face time every day/hour
When there is no active plan, there is no way for managers to gauge the productivity of workers without watching them type. Common sense dictates that witnessing someone at their desk does not necessarily show that they are being productive.

5. Crowds of People in a ‘Working Meeting’.
Optimally, everyone in a “working” meeting should contribute evenly to maximize its efficiency. If this isn’t the case, reallocated meeting topics and attendees should be considered. Meetings need to have clear agendas, a leader to keep the discussions on point, and a pass-the-conch-shell mentality so that contributors are not shouted down.

6. Assigning the Same Job to Multiple People.
If the same job is assigned to several people, a supervisor may forget who has been given which tasks. There is a common defense for this: that it is done purposely as a way for managers to compare workers’ reactions. Whose solution was best? Who responded quickest? If this were done in a management-theory experiment, it would be forgivable. The other 99.9% of the time, it is a sign of inefficient operations.

7. Addressing Actionable Emails to More Than One Person
This is similar to the previous item but different in that this is also a communication-management problem.

Those That Take Time to See:

1. Lack of Quality, Lack of Productivity, and Heroic Efforts
Longer-term lack of quality deliverables is a more difficult symptom to recognize immediately. More easily observed are the heroic efforts required when deliverables are finally met – one person, or a team, working extra hours as a tightly-knit group, cheerlead by management to act “as one” , with redundant efforts and inefficient grunts and groans until the project is completed, forced over the goal line in a muddy scrum. A shortcut to recognizing this symptom is to look for braggadocio or corporate pride in individuals who regularly perform 50+ hour work weeks just to keep the status quo.

2. Operating Continually in Reactive Mode
This is not only an effect of a lack of disciplined management; in many cases it is also a cause. Those who enjoy causing chaos in order to mask a lack of management skill contribute to the resulting plan-less-ness.

3. 60% Cancellation Rate on Scheduled Meetings – Or Anything Over 10%…
When high rates of cancellations occur – especially last minute – it is a clear indicator of poor time oversight and the absence of a respected, bought-into plan – more so when a manager cancels meetings that they had called themselves.

Simple Steps Toward: The Right Way

In a follow-on piece, I will present some guidelines on the right way to organize and communicate in an organization – simple enough that an individual can put them into place.

To read a more complete version of this essay, click here. 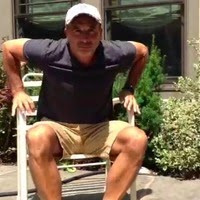 As background, note that I have broad experience in Information Technology, having started as a software developer directly out of college – I was a mathematics major, and my first industry positions were in actuarial departments (within large, complex insurance companies) as a student-actuary and programmer. From there my career proceeded along a typical arc: technical leadership, architecture, enterprise architecture – and in parallel I also followed an analogous path through management: project management, program management, executive management.

That described, and though I am hired usually for executive IT, custom software development, analytics management, most of my work now boils down to solving generic management issues. And, further, most of the problems have simple solutions found by everyday reasoning and using good, old-fashioned common sense.

Email me with your questions, comments, tales of management horror, and commiseration. Thank you.

Making educated career decisions can be difficult at any stage of career development. The ASK (Alumni Sharing Knowledge) Blog is intended for Stony Brook University students and alumni to learn career knowledge and get advice from experienced alumni, working in various career fields; about lessons learned from their career experiences.