ASK Blog: Engineering a Turnaround, Engineer or Not 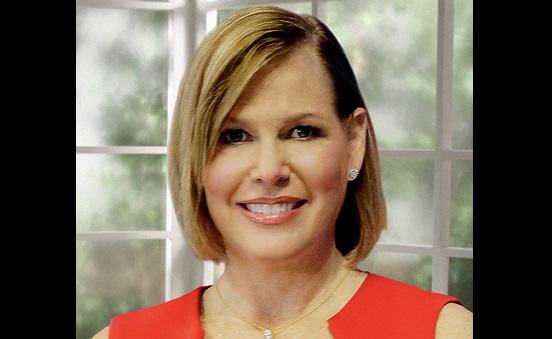 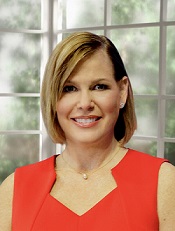 My education at Stony Brook has been one of the most profound things that has happened to me – it taught me how to think critically.  I was trained as an engineer and in computer science and learned how to take complex problems and break them down into modules and then build up solutions. This has helped me in every job that I have had since.

Ask engineers what they do and they’ll likely tell you they solve problems. That’s true whether they’re trying to shrink the size of a smartphone or turn around a struggling startup or Fortune 500 company.

They’ll also tell you there’s never just one “right” way to solve any particular problem. But no matter the challenge, the goal is always the same: come up with solutions that work — efficiently, reliably and with a manageable margin of error.

Engineers also know, regardless of how big or complex the problem, finding a solution starts with breaking it down into component parts. If you’ve ever seen how NASA’s Mission Control is laid out — with separate stations entirely focused on each major stage of a flight — you’ve seen how engineers approach a problem.

You don’t have to be an engineer to adopt the same best practices. But, you may need to think like one if you’re looking to turn something significant around.

When I came to Nutrisystem, my going-in posture was to engineer a turnaround. So, I did what my engineering training taught me. First, identify what you’re trying to fix. Then, break it down and look at each piece to see what’s working and what isn’t.

In turning around our company, there were four areas of focus that I think have broad application to whatever you’re trying to turn around and whether you’re a natural engineer or just appreciate the principles.

Culture is core. It is the backbone of any business. Engineers like to deal in numbers and hard facts, so appreciating that bad culture leads to higher turnover, lower worker engagement, less productivity and unpredictable results is imperative. After all, this isn’t speculation. It’s borne out by numerous studies. The problem is, if you don’t define the company’s culture, it will evolve by itself, sometimes in ways that aren’t always good for business. Think Uber.

While culture might seem like an amorphous concept, an improved corporate culture can and should be deliberately established or “engineered.” One of the first things I did was implement what we call a F.A.C.T.S.-based culture — focused, accountable, consumer-centric, team-oriented, solution-based. As a bonus, the acronym itself carries meaning, too. We wanted to reinforce the point that we need to make sure our conversations and decisions are fact-based. We made it clear to employees across the organization that this wasn’t just a gimmick or a throwaway motivational poster. We expected everyone to embrace a F.A.C.T.S.-based culture, from the top down.

Getting the right people in place was also critical, and possibly the most challenging. The first step for me as a new CEO was to assess the existing team. Who was personally invested in turning the company around – the “all-in” types — and who was taking a wait-and-see approach? We did a candid assessment of this key sentiment as well as the team’s overall strengths and weaknesses, including my own. Where did we need to double down on a skill or talent and where did we need to diversify?

I then asked whether there were any stars who had left the company and why. Might they be willing to come back to be part of the turnaround? When looking to fill the CFO position, one name kept popping up — a person who’d left several years earlier but had the expertise, the vision and a deep understanding of the business we needed. We recruited him back. As any accomplished engineer will tell you, sometimes you don’t need to overthink the answer. It’s not always complicated.

The other top challenge we faced was focus. What were the company’s goals and priorities? Was the entire business team and organization on the same page? Were we focused on the things that mattered the most and that could really move the needle? As an engineer, I knew the way to stay focused was to be data and metric driven.

Approaching decision making with analytical rigor takes disciplined focus and persistence, but it’s worth it. If there’s a problem or a challenge, approach it like an engineer would — as a puzzle that has a solution. Take it apart, look at the pieces, don’t stop until you’ve figured out how to fix it.

Measure, measure, measure. If you don’t measure, you won’t know what’s going on, whether something is working as expected or moving in the right or wrong direction. Don’t be afraid to change course if something isn’t measuring up. At each step, assess what you’re trying to learn and what you actually learned. And if things aren’t progressing in the right way, learn to fail fast and move on.

Engineers are trained to think a certain way. An engineering mindset has been enormously helpful in guiding decisions throughout my career and for that I’m grateful for my education and am a strong proponent of STEM in cultivating the next generation of critical thinkers.

It could also be why leaders of so many successful companies — many that I admire and try to emulate — have engineers at the top who have learned to blend both hard and soft skills, leading with their heads and their hearts.

But you don’t have to be an engineer to accomplish a successful business turnaround. All you need to do is think like one.

Dawn Zier is President and Chief Executive Officer of Nutrisystem, an innovative provider of weight loss programs offering a wide variety of home-delivered, nutritionally balanced meal plans, retail products and advanced digital tools. Under Dawn’s leadership, in 2014 the company experienced its first full year of revenue growth in seven years. Guidance for 2017 implies a fourth consecutive year of revenue growth. Dawn Zier’s performance has ranked in the top 15 percent of all Nasdaq CEOs.

The views expressed by ASK guest bloggers are those of the authors and do no reflect those of Stony Brook University or the Stony Brook Alumni Association.

Making educated career decisions can be difficult at any stage of career development. The ASK (Alumni Sharing Knowledge) Blog is intended for Stony Brook University students and alumni to learn career knowledge and get advice from experienced alumni, working in various career fields, about lessons learned from their career experiences. 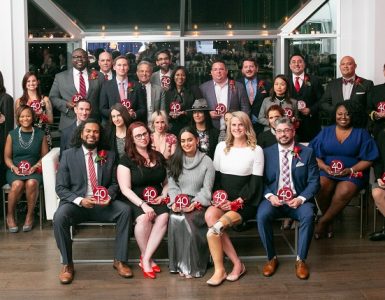 On January 15, Stony Brook University celebrated the remarkable early-career accomplishments of an esteemed group of alumni at its fifth 40 Under Forty celebration. This year’s honorees represent the very best of the... 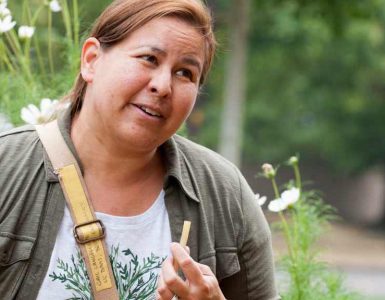 Gail Langellotto, a professor at Oregon State University, was getting burnt out by her career in academia. She loved her research about the effects of planned landscapes on pollinators, and enjoyed working with her...

Resilience in the Face of Adversity: Natalia Cineas ’01 Talks Nursing in a Pandemic