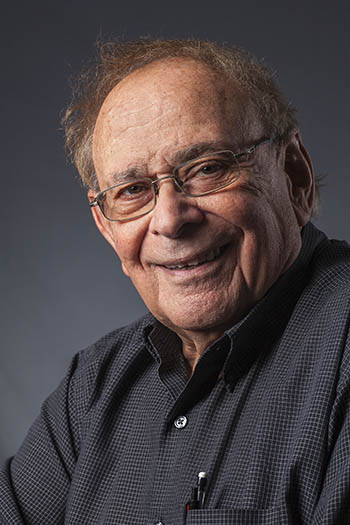 Dr. Goldfried’s past work has been on the investigation of the process of change in  psychotherapy, comparing different theoretical orientations for both common and unique  processes. Currently, he is involved in clinical and research issues associated with gay, lesbian and bisexual individuals, and has developed a network of psychologists who have come out in open support of their lesbian/gay/bisexual/transgender family members. He is particularly interested in integrating research on lesbian/gay/bisexual issues into mainstream psychology, and mentoring future researchers to help further that goal.

A first-generation college student, Dr. Goldfried majored in Psychology at Brooklyn College, received his PhD from the State University of New York at Buffalo in 1961, and joined the Department of Psychology at Stony Brook in 1964, where he helped develop the graduate program in Clinical Psychology.

“Marv is among the most distinguished professors at Stony Brook and in the field of clinical psychology,” said Daniel Klein, distinguished professor in the Department of Psychology. “He played a critical role in building and maintaining the clinical psychology program as one of the most influential in the country for five decades. In addition, he has long played a central and indispensable role in the field in understanding the core processes that the many “schools” of psychotherapy share in changes in behavior despite their varying theoretical frameworks and terminology. Finally, Marv has been a leader in working to bridge the gulf between the science and everyday practice of clinical psychology – a major challenge for all applied fields.”

Over the years, Dr. Goldfried has received numerous awards for his work, including:

“The impact that Marv has had and continues to have on the field simply cannot be overstated,” said Joanne Davila, professor and director of Clinical Training in the Department of Psychology. “Not only by virtue of his scholarly contributions, but by the fact that virtually every student who graduated from the Stony Brook University Clinical Psychology PhD program, since its inception, has received training in evidence-based approaches to psychotherapy from Marv directly. He literally has trained generations of clinical psychologists to be the top clinicians and scientists in the field.

Dr. Goldfried is cofounder of the Society for the Exploration of Psychotherapy Integration;  founding editor of In Session: Psychotherapy in Practice; and former President of the Society for Psychotherapy Research. He received the Gold Medal Award  for Life Achievement at the 126th Annual Convention of the American Psychological Association (APA), recently held at the Moscone Center in San Francisco, CA. The medal was presented to him by Terrence F. Keane, president of APF.