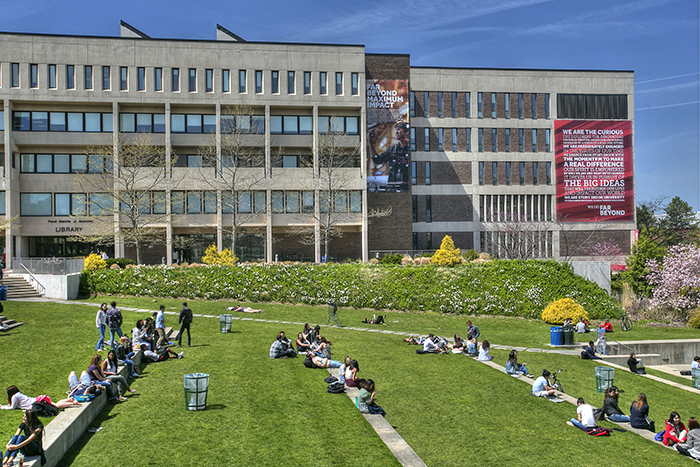 When Don Thompson, BA ’78, JD Harvard ’81, first stepped foot on the Stony Brook University campus in 1975, he immediately took note of the hundreds of students on the walkways. When he walked through Frank Melville Jr. Memorial Library he noticed that the computer labs were full and that in the classes he took, not a single seat was left unoccupied. To succeed in this rigorous environment, he knew that he needed to sharpen his senses of responsibility and independence to forge his own path.

Spending much of his time studying in his Roth Quad dorm, Thompson graduated as a double major in economics and political science in a lightning-quick three years. He then earned a law degree from Harvard University and went on to Wall Street before finding his 25-year stride with JPMorgan Investment Bank. Despite all of his success, he still has one regret: his rush to graduate.

“Stony Brook is one of Long Island’s gems and the quality education it provides is critically important. But I was broke and in a hurry to get to law school. Looking back, Stony Brook was such a positive period in my life,” Thompson said.

Before Stony Brook, Thompson said he wasn’t the straight A student he later strived to be. “Zero discipline,” he said more bluntly, describing his early study habits. “Stony Brook is where it started for me. If you’ve had the good fortune to go through this kind of educational system, it’s not just a right to give back, it’s an obligation.”

From today’s fully completed campus and its school spirit to its athletic teams and state-of-the-art facilities, Thompson wants Stony Brook University to remain a cornerstone life experience for generations of students to come. He trusts University leadership to make it happen.

Dexter A. Bailey Jr., senior vice president for University Advancement, believes Thompson’s philanthropy sets an example for all alumni. “Through his gift, Mr. Thompson is not only impacting how future generations experience and remember Stony Brook University, he’s setting a leadership example for others to follow,” Bailey said.

Sacha Kopp, Dean of the College of Arts and Sciences, explained that it’s always a pleasure to see alumni give back in such a powerful way. “Mr. Thompson showcases the kind of success our students achieve and the continued impact they can have on their alma mater after graduation. He’s truly stewarding the young leaders of tomorrow,” he said.

Currently, more than 40,800 donors have given over $522 million in support of the $600 million Campaign For Stony Brook. Thompson fulfilled his obligation by contributing to the largest fundraising effort in SUNY history. Follow his example and make your gift today in support of your interests at Stony Brook.

“The impact of the events of 2020 on filmmaking will be monumental,” said Karen Offitzer, director of the undergraduate minor in filmmaking at Stony Brook and one of three co-directors of the Social Impact Filmmaking...