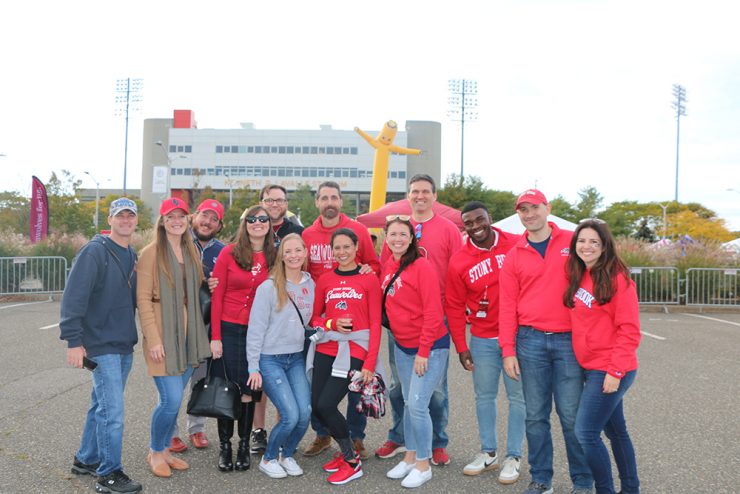 After a virtual STAY HOMEcoming experience in 2020, Homecoming festivities returned in full force this year as alumni and friends were welcomed back to campus for a full day of fun, including the inauguration of Maurie McInnis as Stony Brook University’s sixth president and the UNITI Cultural Center Ribbon Cutting.

Nothing But Fun and Games at the Homecoming BBQ

Seawolves came together for an afternoon of unlimited BBQ favorites, live music from Radio Riot, photo booth fun with Island Federal and games, including mini golf, axe throwing and more! With a visit from the marching band and student groups, including the cheer team and the Stony Brook Vocalists, spirits were high as alumni and friends reconnected before the big game! 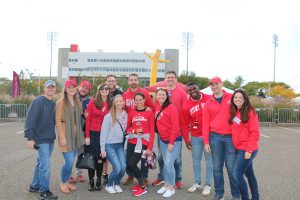 In the spirit of Homecoming, alumni reconnected with old friends through a series of events hosted throughout the weekend, including:

LaValle Stadium was filled with Seawolf pride as Stony Brook took on the Richmond Spiders, claiming victory with a final score of 27-14. Read more at Stony Brook Athletics > 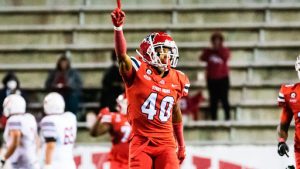