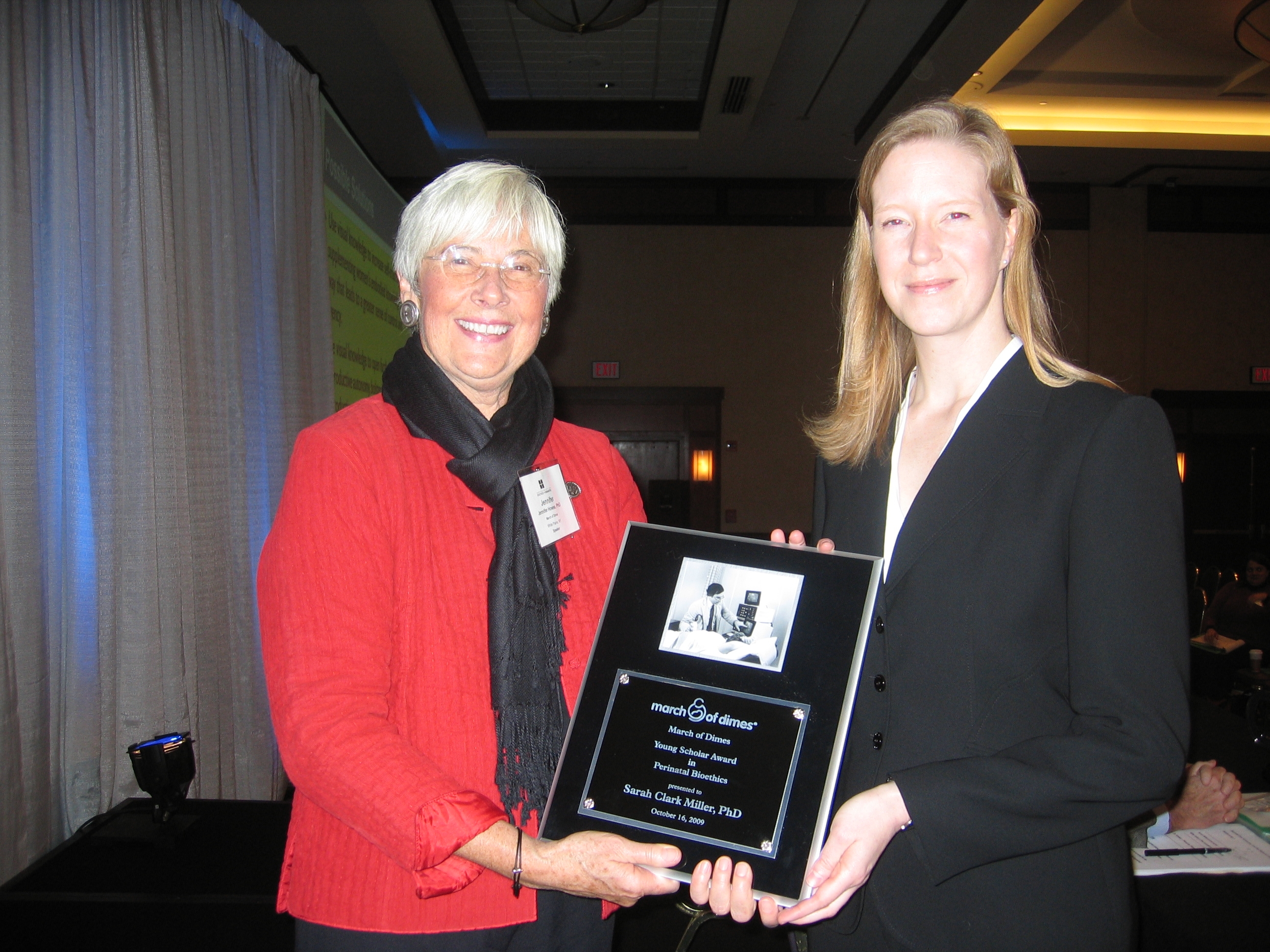 Stony Brook graduate Sarah Clark Miller, an assistant professor of philosophy at the University of Memphis, has been named the first-ever recipient of the March of Dimes Young Scholar Award in Perinatal Bioethics. The award is one of two perinatal bioethics awards newly established by the March of Dimes, the nation’s leading nonprofit for pregnancy and baby health.

The award was designed to encourage young researchers to enter the field. Perinatal ethics deals with moral issues that arise before, during, and after pregnancy, such as deciding whether to use new reproductive technologies, to undergo genetic and diagnostic testing, or to pursue aggressive treatment when a baby’s born sick or too soon, all of which involve the potential for benefit and the possibility of risk.

Miller received the award based on a paper she wrote, “Visual Intimacies: Ultrasound, Reproductive Autonomy, and the Pregnancy Relationship.”

“As a woman who went into preterm labor at 25 weeks and who now has a very healthy son, it is especially meaningful to receive an award sponsored by the March of Dimes, an organization that provided excellent information throughout my pregnancy,” said Miller, whose work focuses on ethics, the history of moral philosophy, bioethics, feminist theory, and social and political philosophy.

Miller, who received $1,000 along with her award, received her Ph.D. in philosophy at Stony Brook in Fall 2003.