A Match Made in Light Engineering – A Stony Brook Love Story 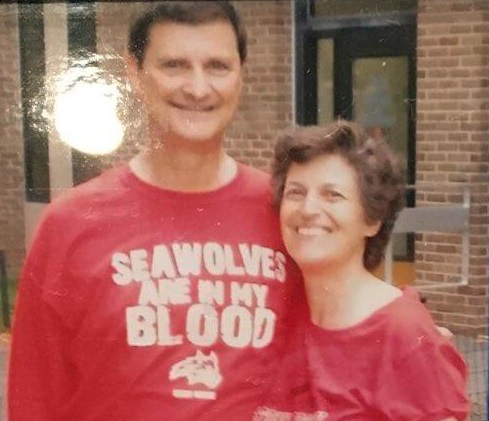 When freshman Jean Giampietro ’75 nervously approached a group of older students in the Light Engineering building, she had no idea that she would find much more than just a new study spot.

In that group of students was Lou D’Onofrio ‘73, an Engineering student who struck up a conversation with her. The next week, their paths crossed multiple times, until Lou finally asked her out. The date almost didn’t happen: in her excitement, Jean had given an incorrect phone number, and once that hurdle had been overcome, her mother had to be sure that Jean wasn’t going out with her cousin’s son (who was also studying engineering at Stony Brook).

The date did happen, though, and as their relationship blossomed the two commuter students learned that they had many similarities. They were both born in Kew Gardens Hospital, were both the firstborn of three children to Italian-American parents, and even both played the accordion. They would also both become part of a Legacy Family, with siblings who went on to graduate from Stony Brook. Shortly after Jean’s graduation from the physical therapy program, and numerous bowling games later, they married.

As their family grew, their connection to Stony Brook remained stronger than ever. As they raised their two children in Mount Sinai, the campus became a popular destination for them for children’s programs, concerts and events.

Today, they’ve been together for over 40 years and they continue to have an active presence on campus. Jean’s has a connection to the Newman Club.   Lou is a member and workshop leader in the Osher Lifelong Learning Institute (OLLI). As chair of the Long Island IEEE (Institute of Electronics and Electrical Engineers) he has also been collaborating with the College of Engineering and Applied Sciences Department of Electrical and Computer Engineering and volunteering for the Career Center.  They both enjoy returning to enjoy a Seawolves basketball game, a Stony Brook Vocalists concert, or an event at the Staller Center. Stony Brook has remained a frequent location in their love story.

“Who knew that Stony Brook not only would provide us with the foundation for meaningful careers, but also each other?” – Jean and Lou D’Onofrio ‘73