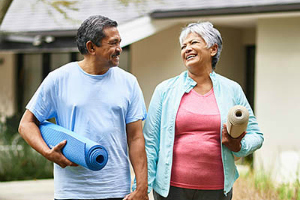 Is 70 the new 60? A new Stony Brook University-led study  published in PLOS ONE uses new measures of aging with probabilistic projections from the United Nations to scientifically illustrate that one’s actual age is not necessarily the best measure of human aging itself, but rather aging should be based on the number of years people are likely to live in a given country in the 21st Century.