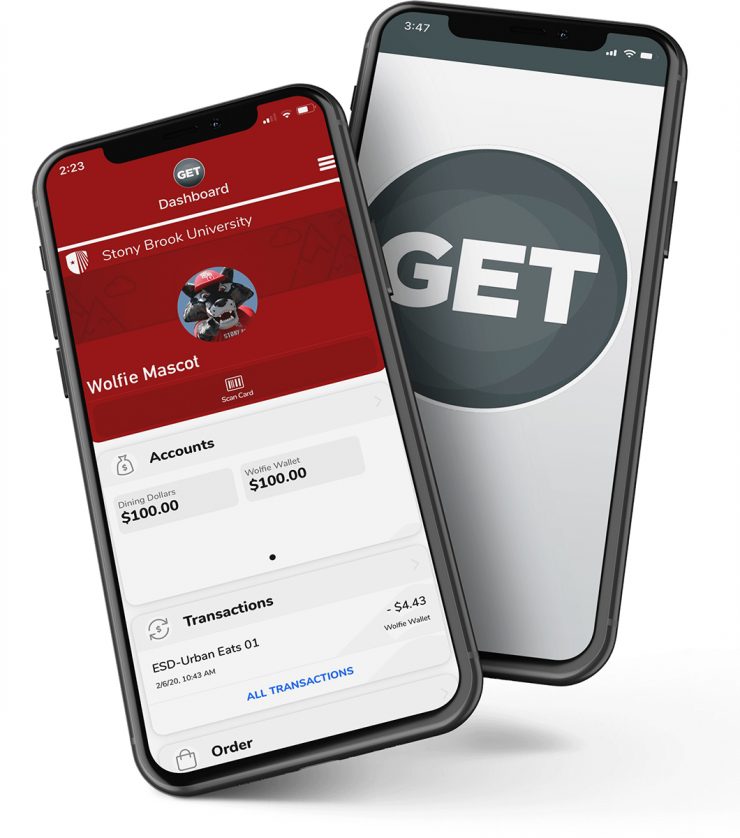 Deena Betze, Esq. ’87 was appointed to the Board of Directors of Court Appointed Special Advocates (CASA) of Mercer and Burlington Counties, New Jersey. She is an attorney at the law firm of Borger Matez where she practices family and matrimonial law.

Kuma Gupta ’86 was selected to receive a 2016 Community Leadership Award from the President’s Council on Fitness, Sports and Nutrition.

Donna Lake ’81 was inducted into the East Carolina University College of Nursing Hall of Fame at an event on April 15. The Hall of Fame honors prominent nursing professionals and also helps to raise funds for student scholarships.

Daniel Minogue ’16, soprano saxophone, a winner of the 2016 Undergraduate Competition, will performed the Villa Lobos Fantasia in Stony Brook University Orchestra’s Concert at the Staller Center.

Gerard A. Messina, Esq. ’86 was named partner at the firm of Norton Rose Fulbright. He practices in the area of intellectual property.

Robert M. Peskin DDS ’77 will receive the New York State Dental Association’s Distinguished Service Award this June for his efforts in restructuring the Association’s governance and his service as Speaker of its House of Delegates from 2009 to 2015.

Brian Richardson ’90 has been the president of All Age Services, a therapy agency working with children in the school based settings, for the past ten years.

Debra Scala Giokas ’87 of Certilman Balin Adler & Hyman LLP was one of the 2016 Direct Marketing Association of Long Island Hall of Fame honorees.

Richard “Skee” Houghton PhD ’79 is one of the world’s foremost experts on carbon dioxide emissions and disbursal in the atmosphere, oceans and land mass.

Patricia Iglehart ’75 was featured in the Waco Tribune Herald as having started an IRS 501 c 3 charity in her home town of Waco, Texas.

Steven Licardi ’13 is currently a Master’s Degree candidate in the School of Social Welfare at Stony Brook University. He is working on an independent study for the spring 2016 semester called “Coup de Mot: Spoken Word as a Vehicle for Social Change” and participated in an event held in April that explored the use of poetry and performance art as a means of positively impacting communities, society and the policies that affect them.

Dr. Man Wai Ng, DDS ’89 is the inaugural recipient of DentaQuest’s endowed chair of pediatric oral health and dentistry at Boston Children’s Hospital. She is Dentist-In-Chief at Boston’s Children’s Hospital Department of Dentistry and an associate professor of developmental biology at the Harvard School of Dental Medicine.

Daniel M. Siegel, MD, FAAD, ’95, a Smithtown dermatologist, was awarded an honorary membership from the American Academy of Dermatology.

Timothy Shizume ’81 assumed the role of regional director of Laboratories for Hartford HealthCare. He is responsible for overseeing the laboratory operations in eastern Connecticut.

Catherine A. Stewart, PhD ’92, ’99 has authored a book, Long Past Slavery: Representing Race in the Federal Writers’ Project, which will be published on April 25, 2016.

Jensen Ambachen, Esq. ’97 has joined the Condominium and Cooperative Law Practice Group at the firm of Certilman Balin Adler & Hyman LLP as Counsel.

Tat Fai Chiang DMD ’78 continues to have a full-time periodontics practice in New Jersey and is also a part-time professor at Rutgers School of Dental Medicine.

Alice Feiring ’76, journalist and author, has authored her fifth book, For the Love of Wine, My Odyssey through the World’s Most Ancient Wine Culture, which will be out March 1, 2016.

Nader Girgis ’06 and his wife, Dr. Sonal Sura are pleased to announce the birth of their daughter, Anaya Sonal Girgis.

Toni Hoverkamp, Esq. ’00 has been promoted to counsel at the firm of Farrell Fritz. She is a real estate attorney in the firm’s Hauppauge office.

Dr. Kaedrea Jackson-Brown ’01, associate director of Kings County Hospital Department of Emergency Medicine, will be participating on a panel discussion during Black History Month on February 18 titled “”Black Women’s Week: Be Yourself, Be Beautiful.”

Michele Romeo ’82 created a company, Michele’s Goji Berry Granola, a gluten free company, which has products in over 30 Whole Foods Market stores as well as 37 other locations throughout Brooklyn, Queens and Manhattan.

Steven Tornello ’96 wrote an article, which was published in The Cauldron, Presented by Sports Illustrated®, titled “Making the Perfect Super Bowl Ad is Tougher Than It Looks.”

Xiaomeng (Mona) Xu, PhD ’07, ’11, assistant experimental psychology professor at Idaho State University, has been honored as a 2015 Rising Star by the Association for Psychological Sciences.

Daniel Ahmadizadeh ’14 was selected as one of the “100 Most Influential Persian Entrepreneurs and Innovators of 2015.”

Christopher Craddock ’00 and his company Rocketstar were featured in an article in Popular Mechanics, “RocketStar Wants To Make Going to Space a One-Step Process.”

Nora Dowd Eisenhower ’78 has been named a “2015 Influencer in Aging” by Next Avenue, an affiliate of PBS.

Kelcey Fredette ’06 was teaching information systems for Broward College and the University of South Florida in Lima, Peru from 2012-2015 and is now a senior project engineer at Globecomm Systems, Inc.

Dr. Dimitrios (Jimmy) Kilimitzoglou DDS ’02 was awarded a fellowship in the American College of Dentists, the oldest major honorary organization for dentists.

Daniel Kivatinos ’01,’02 and Michael Nusimow ’01, CEOs and founders of drchrono, have partnered with ZocDoc to sync medical records and online appointment booking. Drchrono also announced the launch of its iPhone EHR, with full clinical documentation functionality.

Onaje Muid MSW ’04 was inducted as a fellow of the New York Academy of Medicine. He was also appointed as lecturer to the Bryan Mawr School of Social Work and Research.

Michele Parker ’02, associate professor at the University of North Carolina Wilimington (UNCW), traveled to Ethiopia and delivered a half day workshop on Instrument Development while co-leading a week-long study abroad trip for eight UNC Wilimington undergraduate and graduate students.

Brian Stoeckert ’98 was appointed as non-executive director of USForex Inc, a wholly owned subsidiary of OFX, a global provider of online foreign exchange and payment services headquartered in Sydney, Australia. He also serves as co-chair of the Executive Board for the ACAMS Northern California Chapter, which received the 2015 Chapter of the Year award from the Association of Certified Anti-Money Laundering.

Dr. Mary Truhlar DDS ’84, dean of the Stony Brook School of Dental Medicine, was awarded a fellowship in the American College of Dentists, the oldest major honorary organization for dentists.

Asif Alidina ’07 established EXAM Transport & CO LLC, which was profiled earlier in 2015 on Bloomberg Business.
Madeline Augustin ’05 was a guest speaker for the National Society of Black Engineers SBU Chapter event “Yes! I am an Engineer.” She is technical lead engineer materials process & physics engineer at The Boeing Company.
Aimee Brunelle ’95 received the National Athletic Trainers’ Association (NATA) College/University Committee Award: 2015 Head Athletic Trainer of the Year (Community College). She is also the president of the New York State Athletic Trainers’ Association.
Donald Davidson, Esq. ’80 joined the international law firm of Greenberg Traurig, LLP as a securities litigation shareholder in its San Francisco office.
Rachael Doukas ’12, ’14 launched the Arthur Alarm App, available on the Apple App Store. The Arthur Alarm app was developed by Doukas Media Inc., a digital marketing agency founded by Rachael.
John Marco Lopez ’07 will be directing his second feature film this October in the Hudson Valley called “The Hudson Tribes.”
Paul Minoff, Esq. ’94 was named to the 2016 Best Lawyers in America list in the area of commercial litigation. He is a shareholder and a member of the Fort Lauderdale commercial litigation team at the firm of GrayRobinson, PA.
Barry Ritholtz ’89 is featured in an interview on The Evidence-Based Investor, “The man with the big picture – an interview with Barry Ritholtz.”
Ginger (Xingjia) Tang ’14 was chosen by the Knowles Science Teaching Foundation as a member of the 2015 Cohort of Teaching Fellows.
Christine Varghese ’13, on the team representing American University Washington College of Law, recently won the 2015 Peter James Johnson National Civil Rights Trial Competition.

Baaba Blankson ’09, ’11, ’13 was one of twenty students nationally to be awarded the American Medical Association’s Minority Scholars Award.

Rose Marie Dunphy ’93 won the Judge’s Choice Award from Dan’s Papers 2015 Literary Prize Contest for her essay “The Love of Your Life.”

Timothy Finnegan, Esq. ’10 joined the law firm of Goldberg Segalla as an associate in its Workers’ Compensation Practice Group in Garden City.

Jeffery Mordos ’79 was elected chairman for the Young Adult Institute (YAI) Board of Trustees.

Saleena Subaiya MD ’11 was recently selected to the Center for Disease Control and Prevention (CDC’s) new class of Epidemic Intelligence Services (EIS) officers. Only about 60 EIS Officers are selected each year from a highly competitive national candidate pool of medical doctors, veterinarians and PhD recipients.

Stephen Tobak ’78, ’79 is pleased to announce his new book Real Leaders Don’t Follow: Being Extraordinary in the Age of the Entrepreneur and his new blog, “stevetobak.com.”

Joseph Antonelli ’09 was featured recently in “Big Ideas SUNY,” the blog of the State University of New York. He is the assistant director of the Mayor’s Office of Management and Budget in New York City.

Tiffany Channer ’07 is one of the top five 2015 ASCP 40 Under Forty honorees. She was recognized for her outstanding achievements and demonstrated passion for the pathology and laboratory fields.

Dr. Rachelle Heller ’64 is a professor of computer science, the associate provost for academic affairs at the George Washington University, Mount Vernon Campus and the director of the Elizabeth Somers Center and Women’s Leadership Program. She was recognized by INSIGHT Into Diversity Magazine for her programming and mentorship.

Dr. Guenter Jonke ’82 has been named the chairperson of the New York State Dental Association’s council on ethics. He is an oral surgeon and a partner of Suffolk Oral Surgery Associates LLP.

Arthur Lambert, Esq. ’82 has joined the firm of Fisher & Phillips LLP as a partner in the firm’s Dallas office.

David Swenson ’83 has been appointed to the newly created position of vice president, marketing and operations at IM HealthScience®, innovators of IBgard®.

Daniel Ahmadizadeh ’14 was featured in Stacey Ferreira’s newly published book, 2 Billion Under 20: How Millennials Are Breaking Down Age Barriers and Changing the World.

Matt Calamia ’10 is a writer and producer for the New York Rangers’ websites. He was featured recently in the SBU School of Journalism alumni newsletter.

Dana Cutolo ’12 has contributed to the Stony Brook Sustainability Studies Program blog about becoming a true trailblazer and starting a business in Madagascar, Ny’Ala Skincare.

Joanne Summer ’81 was featured recently in the Daily Record for her work as a speech pathologist for the Morris School District. She is also one of the chapter leaders for the New Jersey Alumni Chapter.

Dawn Zier ’86, CEO and president of Nutrisystem, is on the cover of the July/August issue of SmartCEO.