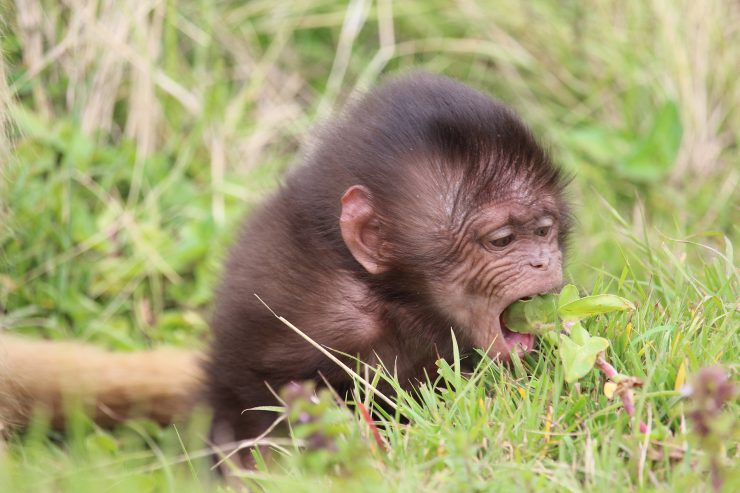 The bacteria that reside in the human gut (“the gut microbiome”) are known to play beneficial and harmful roles in human health. Because these bacteria are transmitted through milk, mothers can directly impact the composition of bacteria that their offspring harbor, potentially giving moms another pathway to influence their infant’s future development and health. A study of wild geladas (a non-human primate that lives in Ethiopia) provides the first evidence of clear and significant maternal effects on the gut microbiome both before and after weaning in a wild mammal. This finding, published in Current Biology, suggests the impact of mothers on the offspring gut microbiome community extends far beyond when the infant has stopped nursing.

A research team co-led by Stony Brook University anthropologist Amy Lu, and biologists Alice Baniel and Noah Snyder-Mackler at Arizona State University, came to this conclusion by analyzing one of the largest datasets on gut microbiome development in a wild mammal.

“Early life gut microbial development is known to have a large impact on later life health in humans and other model organisms,” said Lu, associate professor in the Department of Anthropology in the College of Arts and Sciences at Stony Brook University. “Now we have solid evidence that mothers can influence this process, both before and after weaning. Although we’re not 100% certain how mothers do this, one possible explanation is that they transfer specific bacteria to their offspring.”

The research team used high throughput DNA sequencing to identify and characterize the bacteria residing in the guts of young geladas, and identified 3,784 different genetic strains of bacteria belonging to 19 phyla and 76 families. However, this diversity was not equally distributed across the developmental spectrum: similar to what is seen in humans, younger infants had the least diverse microbial communities that gradually became more diverse as they got older. These changes reflected what the infant was eating, specifically when they switched from consuming milk to consuming more solid foods. These diet-focused bacteria actually help infants process foods — for instance, milk glycans, which cannot be digested without the help of bacteria.

“These early life changes might have far-reaching consequences — impacting the health and survival of these offspring once they become adults,” said Snyder-Mackler.

Future work from this research team will focus on examining how differences in the gut microbiome during infancy influence other aspects of development, such as growth, the maturation of the immune system or the pace of reproductive maturation. Because they are continuing to study the same infants as they age, they expect to eventually be able to link the infant gut microbiome and the early-life maternal effects to health, reproduction and survival in adulthood.